(1)
BNS
aA
The Lithuanian government on Thursday backed the State Emergency Situation Commission's proposal to suspend activity of all educational, cultural, sports and leisure establishments in the country due to the coronavirus threat, and also ban traveling to certain countries.
Sekite svarbiausias naujienas socialiniuose tinkluose! 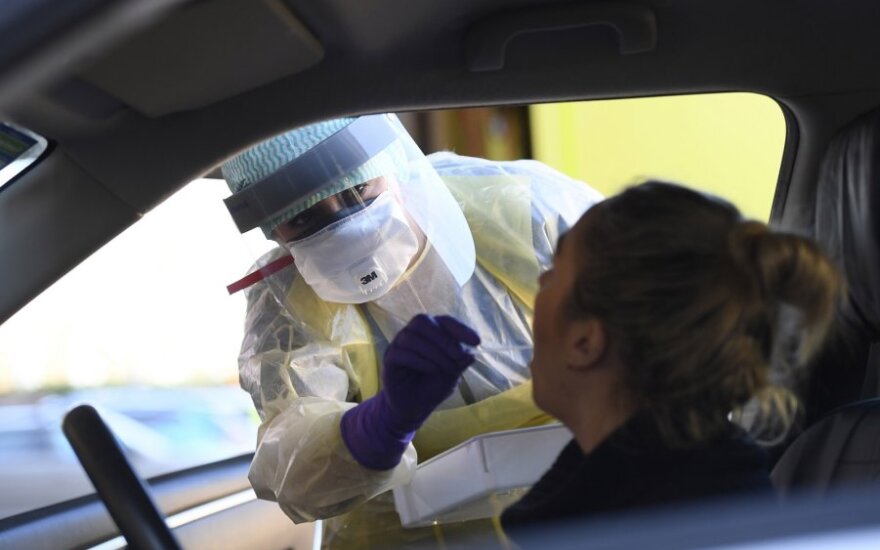 Upon the commission's final approval, the decision will come into force on Friday and be in force until March 27.

Prime Minister Saulius Skvernelis underlined that the decision will be of recommendation nature on Friday but mandatory as of Monday.

"Remote teaching is not banned, it is suspended at establishments," Education, Science and Sports Minister Algirdas Monkevicius said after the government's meeting.

He also said municipalities must ensure childcare at establishments "if it's impossible to do so at home".

Employers are recommended to allow employees having children to work remotely, and if that's impossible, employees must be issued sick leave notes. That could be done retrospectively. Under the proposal, this period should be considered as children's vacation at educational establishments.

"Two weeks is a vacation, and over these two weeks, we need to get prepared, if necessary, to organize the education processes some other way, remotely or in some other form," Prime Minister Saulius Skvernelis said.

The government also made a decision to ban all public events in closed spaces as of Friday, and only up to 100 people are allowed to attend open-air events. The distance among people at public events should be at least one meter, and no events for elder people should be organized. Sports events can be organized by without the audience.

Also, all cultural, leisure, sports and entertainment establishments will be closed for two weeks.

In response to Foreign Minister Linas Linkevicius' proposal, flights from Italy to Lithuania are not banned this week yet to allow Lithuanian citizens to return to the country.

People arriving from risk countries will have to self-isolate for two weeks.

Representatives of the Cabinet also underlined that people who fail to comply with law enforcement officers' instructions would face prison terms to up to three years.

According to Tamuniene, internal border control has been stepped up as for Wednesday and vans with non-Lithuanian plates will be checked, and also major attention will be given to those returning from ski trips.

In necessary, the army will be involved to control the situation in the country, under the Cabinet's decision.

Finance Minister Vilius Sapoka assured that the financial system "is fully capable of withstanding challenges related to the spread of the COVID-19 virus."

Ukrainian International Airlines has cancelled part of its flights to Lithuania amid the ongoing...

Florian Rabitz: Hollywood-worthy apocalyptic scenarios due to coronavirus are unlikely

“Usually the first reaction to the outbreak of potentially dangerous disease is panic, and once...

The Lithuanian government will next week consider announcing a nationwide quarantine , Health...

Registration of Lithuanians stuck in coronavirus-hit countries gets underway

The Lithuanian Foreign Ministry launched on Friday the registration of citizens who are unable to...