BNS
aA
The Lithuanian government cancelled its plans to test all medical workers for the coronavirus without any selection as part of them work from home and are not facing the risk of contracting the virus, Health Minister Aurelijus Veryga told a press conference on Thursday.
Sekite svarbiausias naujienas socialiniuose tinkluose! 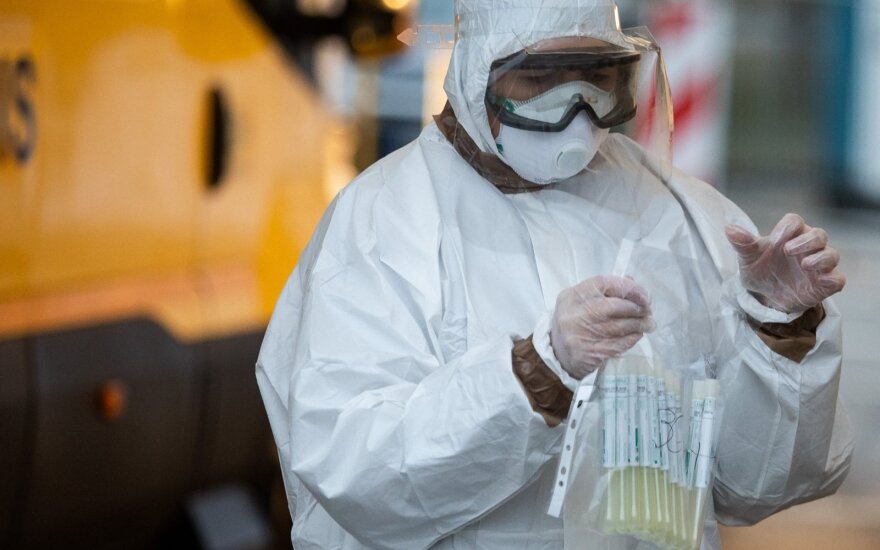 His comments came in response to the decision that he personally signed and that came into force earlier this wek to cancel mass testing of medics as well as repeated tests seven days after the initial test.

„There are dozens of thousands of medics in Lithuania and if we start testing absolutely everyone, even those who are now not working in place and are working remotely, and testing every seven days, it would bring a lot of chaos. As we would have to summon them from home, they would need to travel somewhere, do those tests, having had no direct contact and possibility to contract the virus," Veryga said.

According to the health ministers, medics remains one of the most actively tested groups, but those facing a direct risk of contracting the coronavirus are the first to be tested. Also, mass testing is taking place at nursing and care establishments.

"The very 7-day recommendation and the mass testing was fairly excessive and misleading as we really don’t need to test everyone and under such a regime. Some people might probably be tested more frequently, and there's no point in doing that at all for others," the minister.

On Friday morning, there were 1410 confirmed coronavirus cases in Lithuania. Out of 7401 tests...