BNS
aA
Lithuanian Transport Minister Rokas Masiulis says that the government, which took office in late 2016, could not have averted a fine of almost 28 million euros that the European Commission imposed on Lietuvos Geležinkeliai (Lithuanian Railways, or LG) for breaching the bloc's anti-trust rules. 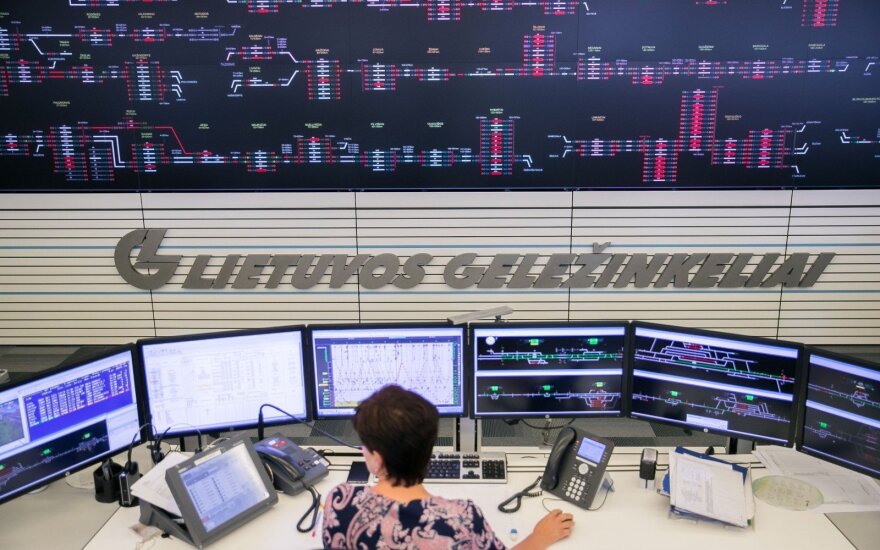 "That case had been dragging on since 2008. The current government had neither time nor possibilities to deal with this case. All investigations were completed long before the government was appointed," he told reporters on Wednesday.

When asked if the Commission could have made a different decision had Lithuania split the state railway company into separate infrastructure and freight transportation operations, the minister said that it was not worthwhile discussing "what would have happened if something had happened".

"In the context of this case, we did not consider splitting the company into parts, because there are a lot of companies in Europe that operate based on this principle," he said.

Masiulis described the fine as a consequence of an "unwise and aggressive policy" by the company's former management.

Deputy Transport Minister Ričardas Degutis said two days ago that the decision taken in 2008 to close a rail track from Mažeikiai, in the northwestern part of the country, to Renge, in Latvia, due to its critical condition was logical and objective, since there were two more railway links from Lithuania to Latvia. According to him, rebuilding of the track is "a matter of further discussion".

To discuss the case with EU commissioner

Viktoras Pranckietis, the speaker of the Seimas, said in a radio interview on Wednesday that "we knew back (in the spring) that the fine might be imposed".

When asked to comment on this, Masiulis did not give a direct answer.

"I don't want to speculate or discuss in detail about what (measure) could have been applied or how, because this is largely a legal issue and any speculations by me can be used against the interests of our state. I want to use these two months for focusing and analyzing the situation," he said.

Masiulis would not say if Lithuania will contest the fine in the EU General Court.

"We have to analyze the document we received from a legal point of view. The commissioner herself is coming to Lithuania next week and we will discuss the case with her and decide what to do next. We have two months and I don't want to rush," he said.

The European Commission said on Monday that the Lithuanian state railway company had hindered competition by removing the rail track to Renge in 2008. The Commission's decision requires Lithuania to bring the infringement to an end.

Margrethe Vestager is meeting with Lithuanian leaders in Vilnius on Tuesday to discuss the fine of...