Government backs amendment to allow Paksas to run for president

BNS
aA
The Lithuanian government on Wednesday gave its backing to a draft constitutional amendment that would pave the way for the country's impeached former president, Rolandas Paksas, to run both in parliamentary and presidential elections. 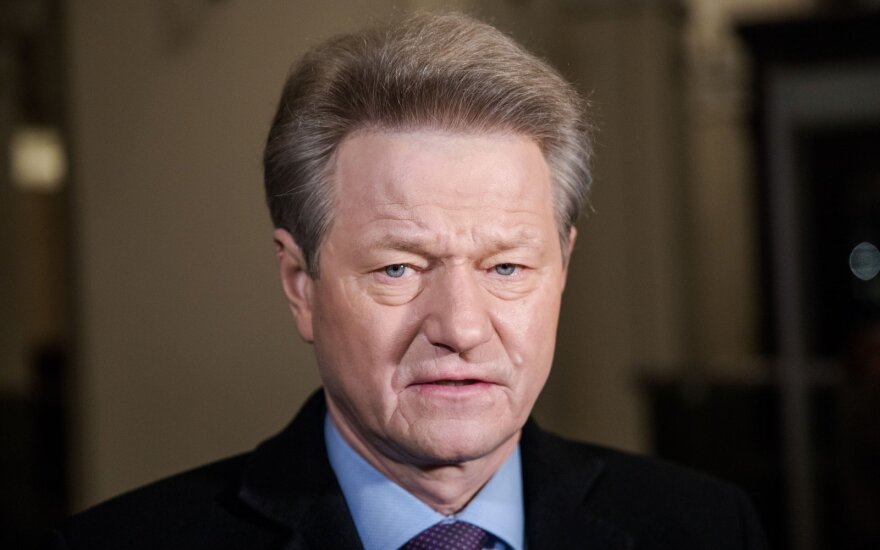 The Cabinet also proposed that the Seimas should not continue debates on an alternative amendment that would allow Paksas to run for parliament, but would bar him from being elected as president or holding the post of the speaker of the parliament.

The government said in its opinion that the former amendment would ensure "broader possibilities for individuals to properly exercise their right to be elected".

"I don't see any other choice. We have to approve it and hope that the Seimas will make its decision, because I don't know how to proceed with this procedure that is imposed or can be imposed against Lithuania for its failure to comply with the judgment of the European Court of Human Rights," Prime Minister Saulius Skvernelis said during the Cabinet meeting.

Paksas has been barred from running for either president or national parliament since his impeachment back in 2004.

The ECHR ruled in 2011 that the lifetime ban on Paksas to stand for parliament was disproportionate and ran counter to the European Convention on Human Rights.

The Lithuanian Constitutional Court has ruled that a person removed from office through impeachment can never again hold a public office that requires an oath and that the Constitution needs to be amended to lift the ban.

The Council of Europe's Committee of Ministers, which monitors the execution of the Strasbourg court's judgments, has placed Lithuania under the so-called "enhanced supervision procedure" over the Seimas' failure to pass amendments lifting the lifetime ban on Paksas to run in elections.

The Seimas three years ago tried to pass constitutional amendments that would have opened the way for Paksas to run both for parliament and for president, but failed to muster enough votes.

Paksas was ousted by impeachment in April 2004 after the Lithuanian Constitutional Court ruled that he had grossly violated the Constitution and his oath of office by granting Lithuanian citizenship to Yuri Borisov, the main financial supporter of his presidential election campaign.

Amendment to allow Paksas to run for Lithuanian parliament, president to be submitted