(1)
BNS
aA
The Lithuanian government on Wednesday gave the go-ahead for municipalities to indefinitely put green arrows back on traffic lights to allow drivers to turn right at a red light. 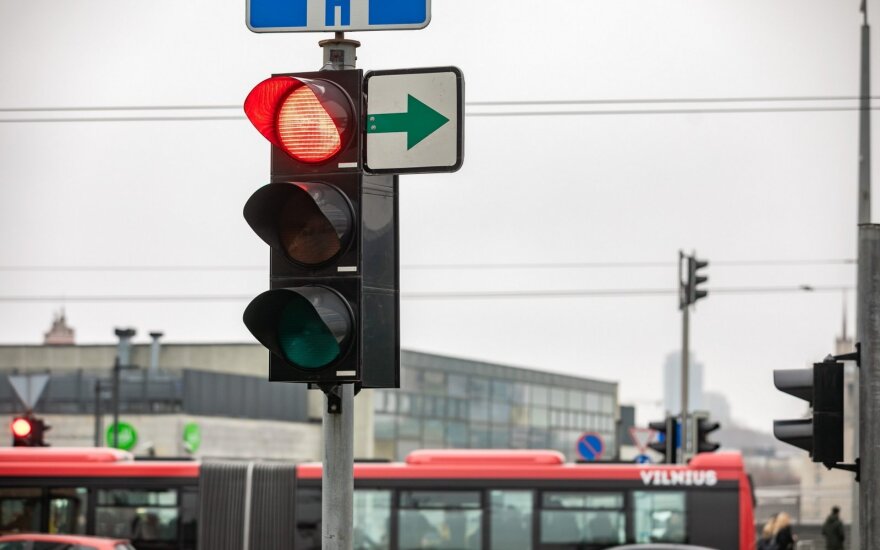 The Cabinet thus reversed its previous resolution ordering the removal of these signs by January 1, 2020.

Transport Minister Jaroslav Narkevic said on Tuesday that municipalities would be allowed to place green arrows for a year, but the Cabinet decided not to set any time limit.

According to Prime Minister Saulius Skvernelis, municipalities were given five years to prepare for the change, but some of them did not report any problems before it took effect.

"They slept through and woke up. If we extend it for a year, we'll face the same situation again," he told the Cabinet.

The green arrow signs allowing a right turn on red were removed from all intersections in Lithuania in early January, but local authorities in Vilnius and other cities say that the measure has increased traffic congestion, but has done little to improve safety.

The Transport Ministry suggested removing the green arrow signs back in 2014 after a study carried out in Kaunas years linked the presence of green arrows at intersections to higher numbers of road accident involving fatalities or injuries.