Globalization has dark side but we cannot reject it, Lithuanian president says

BNS
aA
Lithuanian President Dalia Grybauskaitė, currently on a visit to the United Nations, said on Thursday globalization has a dark side as it has promoted exclusion and inequality. But the president also called against rejecting the ideas of transnationality. 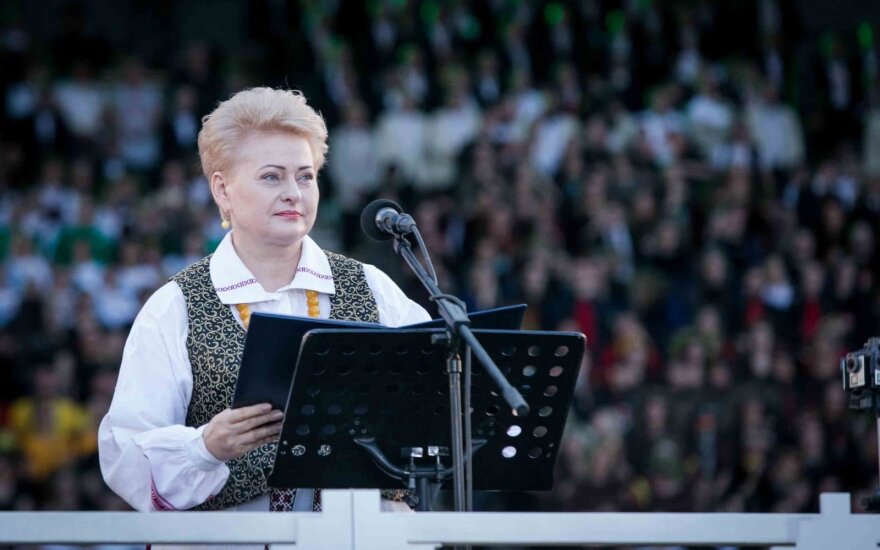 "We cannot reject globalization because fighting it will only make us poorer. In the last 25 years, free trade gave more than 1 billion people an opportunity to escape extreme poverty," Grybauskaitė said, addressing the UN General Assembly in New York.

"However, globalization also has a dark side, which must be confronted by acting against exclusion, inequality and falling labor standards," he underlined.

Observers say financial inequality has sparked a wave of nationalism, which, in turn, has had affect on the rise of the far-right political forces in Europe.

Grybauskaitė said the international community should not let "the voices of nationalism and division win over dialogue and cooperation".

"On all major challenges – terrorism, climate change and achieving women empowerment – there is simply no alternative to working together," she said.

The Lithuanian president also called for the strengthening of international institutions as they are now incapable of responding to unlawful use of force and chemical weapons, poverty and economic challenges.

"In almost every major crisis of the last decade – from Syria to Ukraine, from Myanmar to Yemen – the UN Security Council was unable to play a meaningful role because of the inability of states to rise above their national interests and obstructive use of veto rights," Grybauskaitė said.

In her words, organizations created to abolish weapons of mass destruction "are toothless against dictators who develop nuclear arms and use chemical weapons on civilians".

"At the same time, we must recognize that our institutions are not perfect. They can be bureaucratic, wasteful and unaccountable. But it was us, Member States, who created them, so it is up to us to improve and adapt them to new realities," the head of state said.

While in New York, Grybauskaitė will also chair a high-level discussion "Economic Growth through Women's Empowerment".

The Lithuanian president has also presented the Grand Cross of Commander of the Order of Vytautas the Great, awarded on July 6 to Senator John McCain for merits to Lithuania, to his widow, Cindy McCain.