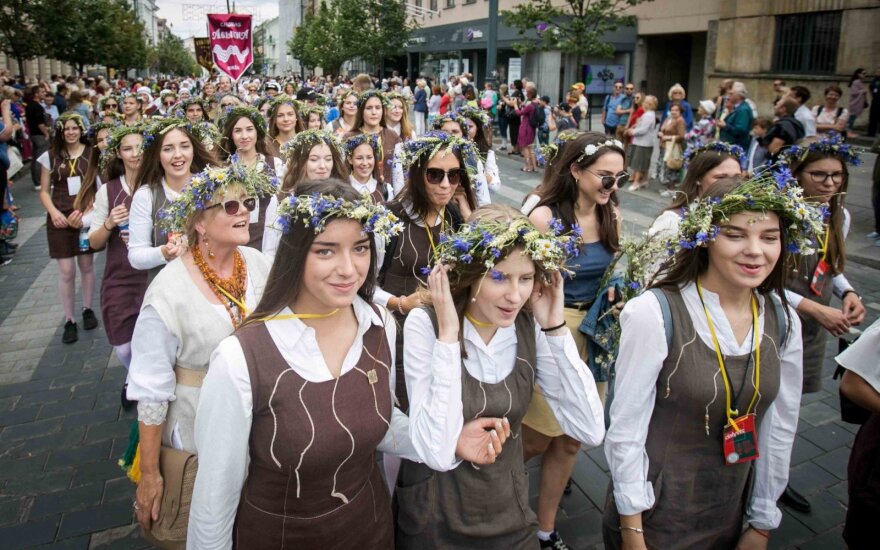 Lithuania took 36th place in the UN’s Sustainable Development Goals index. This is not a bad achievement among 156 countries, however, if the country does not take serious action, it will not achieve the 2030 goals.

Sustainable Development Goals Agenda was adopted by the UN in 2015. It contains 17 sustainable development goals, 169 targets, and more than 200 metrics to achieve them.

Among the poorest performance areas are the efforts to combat inequality within and between countries. Based on this criteria Lithuania achieved an index of 49,7 out of 100. During the July’s high-level UN political forum, participating member of the Lithuanian Parliament Tomas Tomlinas said that this is Lithuania’s biggest challenge.

‘Looking from the perspective of the UN goals, our government’s efforts to combat inequality are correct. However, legislative decisions regarding taxation, pensions, and child benefits took place too recently to be taken into account by the index. Positive shift is only starting to manifest itself” – said the member of the Parliament.

At the same time, the chairwoman of the Lithuania’s Labour Union Confederation (LPSK) Inga Ruginienė was sceptical whether decisions made on taxation and pension reforms will truly add to the efforts to combat inequality.

‘I am waiting for the implementation stage, but don’t expect that inequality will greatly diminish’ – she said.

Conversationalist noted that the unification of the employer and employee social insurance payments will improve Lithuania’s stance. ‘We will look very well on paper and will have high wages, but money that employees will receive after tax will be around the same as now. Will this truly reduce inequality?’ – mused I. Rugienė.

T. Tomilinas also added, that in the UN report Lithuania‘s efforts in realtion to child benefit reform stood out in particular.

‘It ensures every child’s rights to receive the benefit. Child benefits will grow notably in the near future, which will be felt by all. However, it was first important to take care of the hundreds of thousands of children which did not receive any type of support. Nor are those children in the social risk group. These were children in low-income families. I know that some did not like that we took a universal approach on this issue, but it is important to look at this from the perspective of global development goals, which will help better understand the reform’ – explained the member of the Lithuania’s Farmers and Greens Union.

On route to achieve only 5 out of 17 goals

Based on the sustainable development index, Lithuania by 2030 will achieve only some of the goals. Lithuania is doing well in tackling poverty in all countries and, according to the UN, it has already reached its target.

However, the country still has serious problems in relation to addressing issues on hunger, access to food, improving diet, and sustainable agriculture. The main issue here are obesity rates among adults. According UN’s data, 26,3 per cent of all Lithuanians are obese.

Seeking to ensure higher level of quality of life among all age groups is an area where Lithuania has to certainly improve. The situation is improving overall, but not fast enough. Largest issues relate to a high number instances of tuberculosis, deaths from non-transferable diseases, deaths in traffic accidents, and universal healthcare index.

UN also commends Lithuania on its efforts to provide inclusive, accessible and high-quality education, and on its effort to encourage life-long learning. The index shows that this targets has also been met.

However, the country is struggling in relation to gender equality and empowerment of women and girls. A major issue is that only 21,3 per cent of all members of the Parliament are women.

Another sustainable development goal relates to ensuring that everyone has access to reliable, sustainable and modern energy. Lithuania needs to reduce carbon dioxide emissions generated by fuels and electricity.

Situation has improved in relation to promoting sustainable and inclusive economic growth, productive employment and decent work conditions. However, according to the UN, the current unemployment rate of 7,1 percent could be lower.

Observations were also made on sub-par spending on research. In Lithuania this makes up only one per cent of GDP, which is not enough if the country wants to create a resilient infrastructure, and promote all-encompassing industrialisation and innovation.

More than half of Lithuania’s population is also not satisfied with the public transport, and without a well-developed system the cities will not become inclusive, safe, resilient and sustainable.

The goal of ensuring sustainable consumption and production models will not be easily achievable because of the large share of electronic waste generated. Per year this makes up 11,4 kilograms per person.

The country is also not tackling climate change fast enough. In this area criticism is also being voiced in regards to overly high levels of carbon dioxide emissions.

The UN also evaluated as stagnating the situation in Lithuania’s waters. Most serious problems are tied to water quality. While situation is somewhat better in the forestry area, concerns are voiced over its shrinking are of forests.

The only index that is worsening covers the efforts to revitalise global sustainable development partnerships.

T. Tomilinas explained that Lithuania has been actively helping developing countries for the past 14 years. ‘Our tax payer money is helping countries like Mali, Afghanistan, Palestine, Georgia and Ukraine to combat poverty, corruption and water shortage. We allocated 0.13 per cent of the GDP to development partnerships, but based on the UN goals we must allocate no less than 0,33 per cent. Because our support is not growing fast enough, we do not look all that well in the context of the EU. We should underscore that West European countries have even bigger commitments. I think that when discussing next year’s budget, we should certainly address this topic. We have to improve our indicators. If we want to control the issue of economic migration, we need to help origin countries. If we do, then when we do become richer, we will not have the same problems as other Western European countries have right now’ – he said.

The politician added that he thinks that trying to achieve sustainable development goals is no less important than joining the Organisation for Economic Co-operation and Development (OECD).

‘Unlike OECD, where expert insight dominates the agenda, sustainable development offers an agenda based on values. As an example, if according to OECD it is important to promote economic growth, then sustainable development agenda indicates that we should promote growth that is socially beneficial and ecological’ – said T. Tomilinas.