Germany's change of heart on refugees will affect all Europe, Lithuanian analyst says

the Lithuania Tribune, LRT
aA
Germany is having second thoughts about welcoming refugees and this will have effects throughout Europe, says Lithuanian political scientist Kęstutis Girnius. 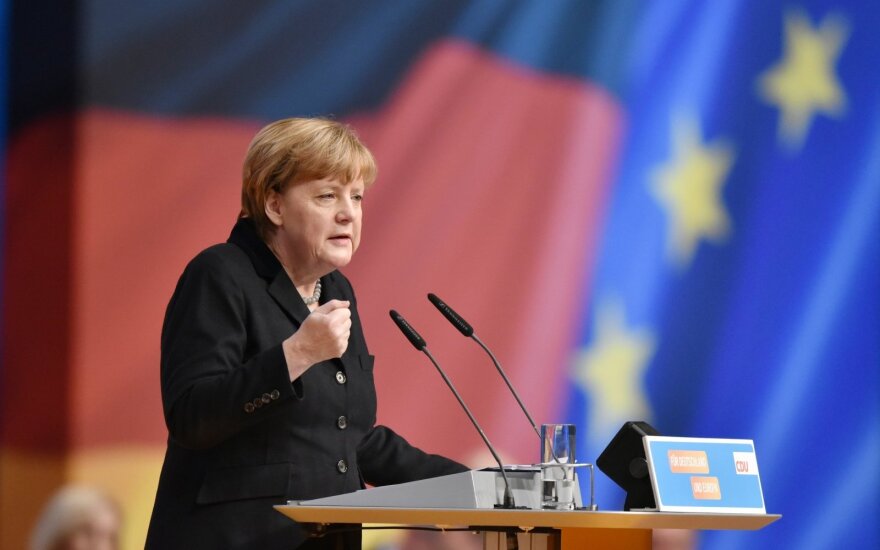 "When Angela Merkel swung open the gate for migrants, she had no idea that a million people would come. Initially, it was said that refugees would be easily integrated, made German citizens, but over the last weeks, Merkel's statements have changed. She hopes that migrants will go back to their countries in several years and use their experience from Germany," Girnius told the LRT programme Dėmesio Centre.

"This represents a turnaround. Migrants are now spoken of as temporary guests, Germany would welcome them, but send them back later," Girnius said.

However, sending refugees home is easier said than done, he adds. Moreover, Germany had made mistakes in adopting too arrogant a tone with Turkey whose assistance is now crucial in Europe's dealing with the refugee crisis.

"It took too long for Germany to realize it had made a mistake not maintaining good terms with Turkey. This country had been supporting some 3 million refugees on its own for a long time and Merkel spoke as late as last year that Turkey would never be invited to the EU. She's now caught cold and went to Turkey for perhaps the fourth time. I think the Turks will not go out of their way to help Europe solve the refugee crisis," said Girnius, who is a lecturer at Vilnius University's Institute of International Relations and Political Science.

A change of heart in Germany will affect the refugee policy of the entire European Union, Girnius said, noting that Berlin has been increasingly assertive in setting Europe's agenda.

"It is Germany negotiating with Russia, not the EU. The Greek problem was also handled by Germany alone, it was also Germany that decided to accept all refugees," Girnius said. "It's all done very modestly, without too much fanfare, under the pretence that the decisions are the European Union's, although it's not true. Decisions are made in Berlin, not Brussels."

Refugees yet to discover route into EU via Lithuania, says border guard service

Lithuanian border guards have already detained a range of illegal immigrants from Syria and Lebanon...

Refugee resettlement to Lithuania is taking more time than anticipated because Greece and Italy...