Andreas Umland
aA
An appeal, by 142 German-speaking experts on Eastern Europe, calls for a reality-based and not illusions-guided Russia policy. 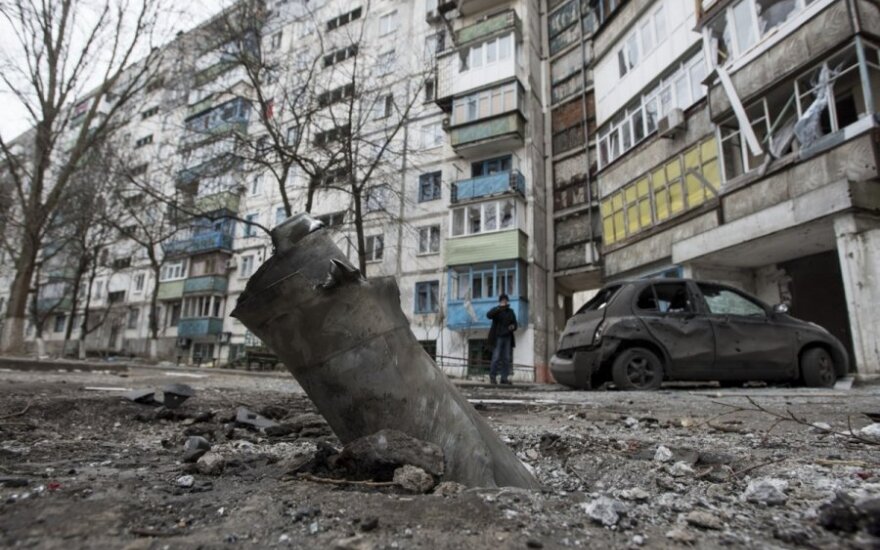 On December 5, 2014, 60 prominent German personalities from politics, business, and the cultural sphere published a joint appeal titled “Another War in Europe? Not in Our Name!” Although this open letter deals with Germany’s policies toward Russia and Ukraine, only few of the signatories are currently involved in East European studies, or in journalistic reporting about Ukraine. To the contrary, most of those who signed the appeal have only limited expertise in the post-Soviet space, little relevant research experience, and apparently no deep knowledge of Ukraine or recent events there. This is no coincidence.

The overwhelming majority of German researchers, activists, and reporters who, from a scholarly, civic or journalistic perspective, are observing the current conflict in Ukraine are united in their assessment: There is an obvious aggressor in this war, and there is a clearly identifiable victim. Just as other formerly occupied countries’ inherent flaws did not diminish the criminal nature of their conquest, Russia’s annexation of Crimea and its poorly concealed intervention in eastern Ukraine can not be offset against the Ukrainian political system’s shortcomings.

If Moscow feels threatened by the EU and/or NATO, it should resolve this dispute with Brussels. Ukraine is neither a member of these organizations, nor is it engaged in accession negotiations with them. Nevertheless, Russia is pointing to a supposed threat from the West when justifying its “hybrid war” in eastern Ukraine, a battle that has already left thousands killed, maimed, traumatized or driven from their homes.

In their appeal, the 60 signees advice that “the German government would not be taking a ‘special path,’ if it were to continue to call for sober-mindedness and dialogue with Russia during this standoff.” Prior experience should give, however, Berlin pause: In the summer of 2008, a similar “standoff” arose in the Caucasus following Russia’s de facto abrogation of an EU-brokered Russian-Georgian peace treaty. Although Moscow never fulfilled the agreement’s crucial provision, the withdrawal of Russian troops from the Georgian regions of Abkhazia and South Ossetia, Germany proposed a “Modernization Partnership” to Russia only a few weeks later. The EU and most of its member states subsequently followed Germany’s example. Yet, Russian troops are stationed in Georgia to this day.

The Kremlin’s behavior in 2008 already constituted a repeat offense, just as Germany’s reaction to the Russian occupation of Georgian territory triggered a déjà vu. In 2001, Vladimir Putin had given a much-celebrated speech to the Bundestag [the federal parliament’s lower house], at Germany’s invitation. That was in spite of the fact that it was already foreseeable that Russia would fail to carry out its legal obligation to withdraw her troops from the Moldovan region of Transnistria. In 2003, Brussels offered the Kremlin to open negotiations on a new cooperation agreement with the EU. Yet, Russian troops are stationed in Moldova to this day.

The 60 personalities write in their appeal: “Every journalist versed in foreign policy will understand Russia’s fear after, in 2008, NATO member states invited Georgia and Ukraine to become members in the alliance.” Journalists versed in foreign policy will recall that, at the time, around 3% of the population of the Russian Federation viewed NATO accession by Georgia or Ukraine as their country’s greatest threat. At its Bucharest Summit in April 2008, the alliance rejected, for the time being, both Ukraine and Georgia’s membership application – primarily at the request of Germany and taking into consideration Russia’s warnings. Moscow has since deprived both states of their territorial integrity. Two other former Soviet republics, Estonia and Latvia, are also frequently defamed by Kremlin-controlled media, and have treated their large Russian-speaking minorities more restrictively than Ukraine hers. The Baltic states, however, have been NATO members since 2004, and thus been able to maintain their territorial integrity as well as peaceful development.

Various half-truths about the so-called “Ukraine Crisis,” some of which represent thinly veiled slander of the Ukrainian people, are circulating in the German public. Whether it concerns language policy or minority rights, right-wing extremism or the recent political transition in Kyiv, misinformation and biased interpretations regarding Ukraine have become anchored in the minds of many ordinary people, as a consequence of superficial reporting and frequent appearances of Kremlin mouthpieces in television discussions on Ukraine.

German policy towards Eastern Europe should be based on past experience, factual knowledge, and careful analysis, and not on pathos, historical amnesia and blanket judgments. No one is seeking military confrontation with Russia or wishes to break off dialog with the Kremlin. However, the territorial integrity of Ukraine, Georgia and Moldova can not be sacrificed to “sober-mindedness” of Germany’s (and Austria’s) approach to Russia. Peace should be build without weapons – not by legitimizing their use in offensive military actions. It is in our own interest to counter the Kremlin’s attempt to export its illiberal vision for society into the EU. A key pillar of the international nuclear arms control regime, the Budapest Memorandum, should be upheld for the sake of our children and grandchildren.

The Ukrainian Soviet Republic lost more than five million of its people between 1941 and 1944. Over two million Ukrainians were abducted and sent to Germany to work as forced laborers. Around four million Ukrainian Red Army soldiers participated in the defeat of the Third Reich. We especially, as Germans, cannot once again turn a blind eye when the sovereignty of a post-Soviet republic and, in this case, even the survival of the Ukrainian state are at stake.

The petition was posted on geopolitika.lt. You can see the list of signatories here

Former Lithuanian ambassador: We must stop Kremlin in Ukraine

Foreign countries must help Ukraine stop Russia and not allow the ongoing conflict to expand,...

The new Greek government has agreed to impose more EU sanctions on Russia , while defending its...

Russia ’s persistent support to separatists has led to the Mariupol tragedy when around 30...

A special event on Monday evening, 26 January, will pay tribute to victims of Saturday's attack on...