Georgia 'is waiting for invitation to join NATO, too' - Lithuania

BNS
aA
After NATO has officially invited Montenegro to become its 29th member, Lithuanian Foreign Minister Linas Linkevičius reminds the Alliance that Georgia is also waiting for invitation to join. 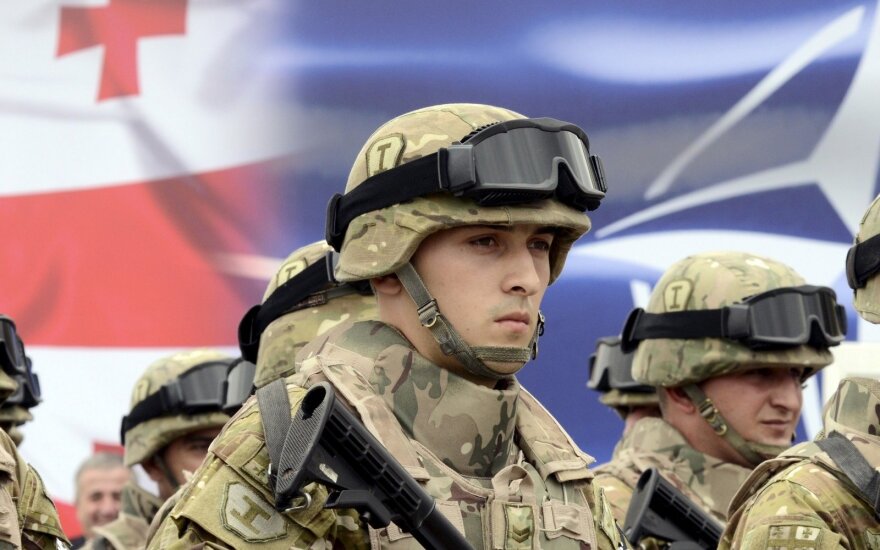 "We remind (our NATO allies) that there are other countries that are pursuing membership. And, frankly, we mention Georgia, whose troops take part in many various NATO missions," he told BNS by telephone from Brussels late on Thursday.

Linkevičius said that Lithuania would want NATO to make a decision faster about inviting Georgia to join the Alliance, but added that Georgia itself must continue its integration in NATO without waiting for any formal invitations.

Georgia's potential membership in the Alliance is fiercely opposed by Moscow.

Lithuania is a supporter of NATO's open door policy and backs the invitation for Montenegro to join the Alliance, Linkevičius says.

"This is very significant, because after a lengthy break, we see processes that show that NATO's open door policy is real, despite a certain propaganda background," he said.

NATO foreign ministers on Thursday signed a protocol on Montenegro' accession. The Balkan country will become the 29th member of the Alliance once the protocol is ratified by all 28 NATO member states.

Linkevičius says Lithuania will ratify the document shortly, noting that "we were never a bureaucratic hindrance".

US commitments to Baltics are 'strong and serious'

The United States will continue contributing to security of the Baltic states, Lithuania 's...

NATO on Thursday invited Montenegro to become the 29th member of the Alliance. This is the seventh...

The Lithuanian parliament ratified on November 3 a protocol on Montenegro 's accession to NATO .