BNS
aA
Georgia can expect a visa-free regime with the European Union next year but Ukraine might need to wait for it due to the ongoing war in the east of the country, Lithuanian Foreign Minister Linas Linkevičius says. 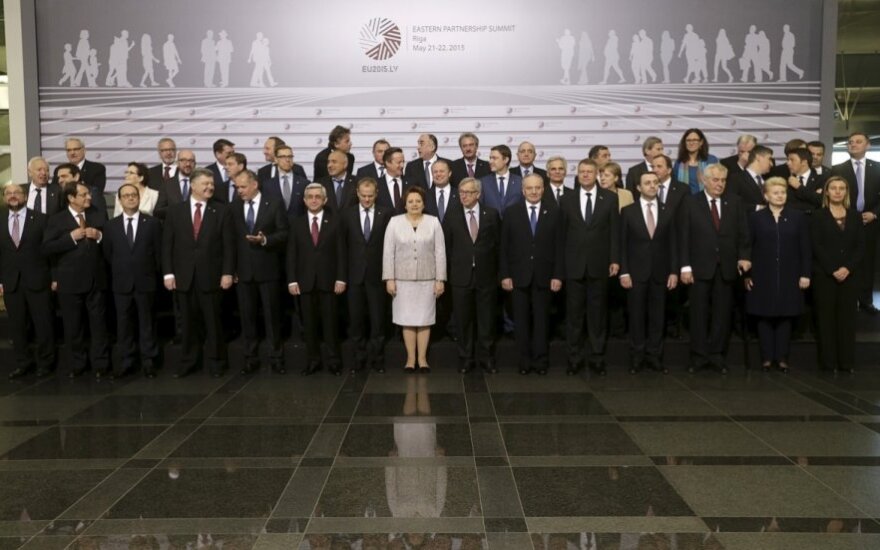 "In my opinion, Georgia is now ready but let us speak about the next year. (…) First, Georgia, but Ukraine can also expect progress soon," the minister told BNS after the Eastern Partnership summit in Riga on May 22.

"It's hard to predict something when a war is going on. The situation depends not only on Ukraine, but a lot of things also depend on the country," he said.

There are "encouraging formulations" in the summit declaration, Linkevičius noted.

"There's recognition of the European choice of those partners which want to get closer to the European Union. And also regarding the visa-free regime, there are fairly positive statements on Georgia and Ukraine's progress," Linkevičus said.

In his opinion, the fact that the final declaration does not include a clear perspective of EU membership for Eastern Partnership countries is not disappointing for Lithuania.
"It does not contain a literal perspective but those who say there's nothing specific in the declaration are wrong as the European choice and aspirations are recognized. The countries are not hiding anything, their goal is to join the European Union," Linkevičius said. "Taking into account the huge pressure, the ongoing military actions in Ukraine, the annexation in Georgia or pressure on Moldova, the achievements are significant."

The summit of the EU and six post-Soviet republics took place on Thursday and Friday in Riga, the capital of Latvia currently holding the rotating EU presidency. According to Linkevičius, "several countries" have already expressed wish to hold the next summit in a few years.

Merkel: Eastern Partnership is not instrument for EU enlargement (1)

German Chancellor Angela Merkel has indicated that former Soviet states that are part of the...