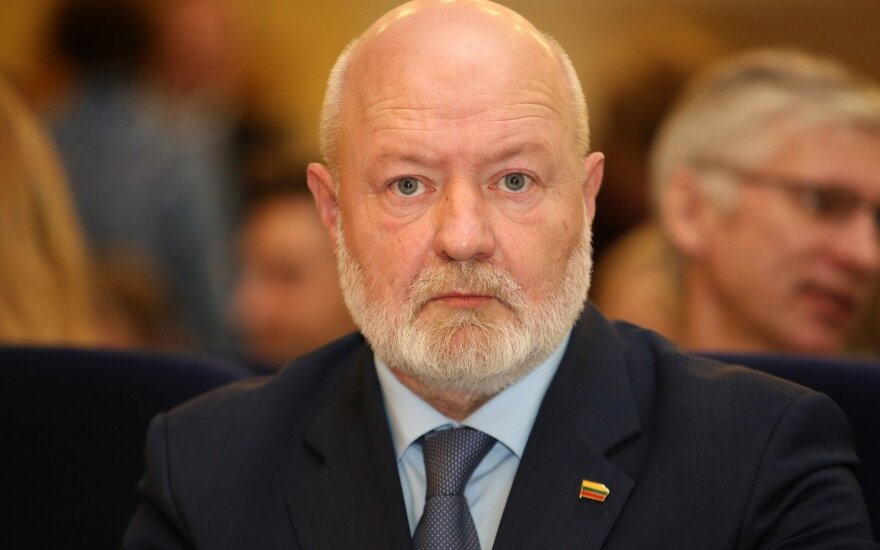 "I categorically deny that the party was founded and that several thousand people joined it against their will but under somebody's influence, by somebody's order. The VSD should not say things like that," Gentvilas told journalists at the parliament.

"They say our party was founded in 2006 as an MG Baltic project. I was living in Brussels at the time and had no links and joined this party, convinced that it would be an alternative to (former Vilnius Mayor) Artūras Zuokas' party. And now they say that those two thousand people who founded the Liberal Movement, are an MG Baltic project," he said.

Gentvilas believes "the VSD has turned to internal politicizing" which is beneficial for the ruling parties.

In a report to the parliamentary Committee on National Security and Defense, which was on Monday declassified as part of a probe into business groups' influence on political processes, the VSD claims that "following the founding of the party (blurred – BNS), fully controlled by MG Baltic executives, the concern became the most influential business (influence) group in Lithuania in less than ten years".

The report also states that as MG Baltic sought to eliminate key competitors in the construction business in the Lithuanian capital, "a "political" scenario was chosen to divide (blurred – BNS) party led by (blurred – BNS) and establish a party which is in fact controlled by MG".

The Liberal Party was founded in 2006 when part of members of the Liberal and Center Union, led by Zuokas, left the party or were sacked due to disputes with the party leader. Incumbent MEP Petras Auštrevicius was elected chairman of the new party.

The replacement of certain heads of law enforcement and intelligence institutions before 2016 led to a...

MG Baltic President Darius Mockus says that the business group has become the target of people who...

The chairman of the Lithuanian parliament's Committee on National Security and Defense (NSGK)...

Journalist Tomas Dapkus , as a middleman for the top executives of MG Baltic , one of Lithuania's...