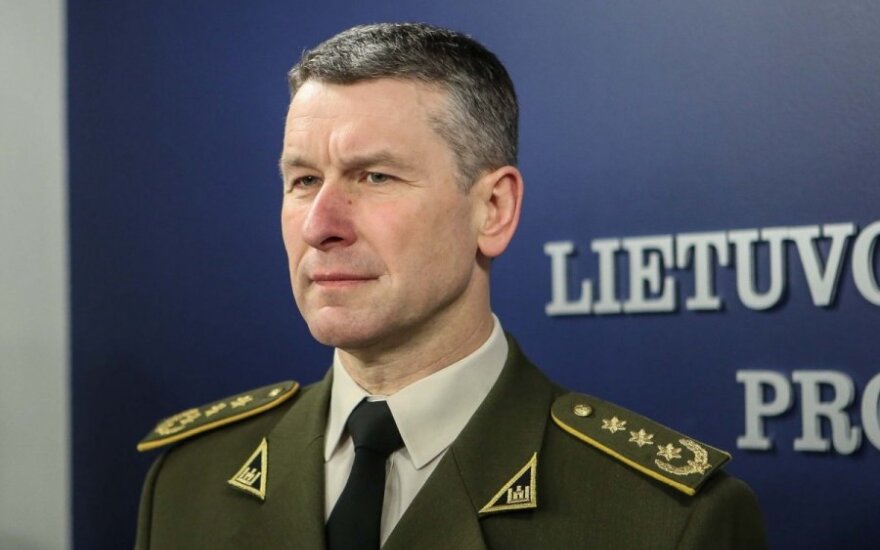 Rupsys, 52, is now commander of the Land Force. He would have to be proposed to the Seimas by President Gitanas Nauseda. If approved by lawmakers, Rupsys will replace outgoing Lieutenant general Jonas Vytautas Zukas who is mentioned among candidates to become Nauseda's adviser national security.

"The major general stands out with his impeccable reputation, and his professionalism, patriotism, and devotion to the military service during his long-standing service has earned him authority within the Lithuanian army and international military community," Karoblis said in a statement.

Rupsys started his service in the national defense system in 1990. In 1992, he was assigned to Field Infantry Brigade in Siauliai as a platoon leader, later on, as a company commander.

In 1996, Rupsys was promoted and assigned as the Duke Vaidotas Mechanized Infantry Battalion chief of staff - battalion deputy commander, later chief of operations.

In 2006, Lieutenant Colonel Rupsys was assigned to serve in the General Jonas Zemaitis Military Academy of Lithuania. On 24 November 2008, he was transferred to the Department of Personnel and Social Security of Ministry of National Defense of the Republic of Lithuania.

In 2011, Rupsys received a colonel rank and was assigned to command Mechanized Infantry Brigade Iron Wolf.

In 2016, Colonel Rupsys was assigned as commander of the Lithuanian Land Forces. He was promoted to Brigadier General according to President of the Republic of Lithuania decree. In 2018 Rupsys promoted to Major General.

Fake news on the ongoing military exercise in Lithuania was published on Wednesday when several news...

Lithuania's government on Wednesday gave permission to fell part of the forests in Svencionys and...