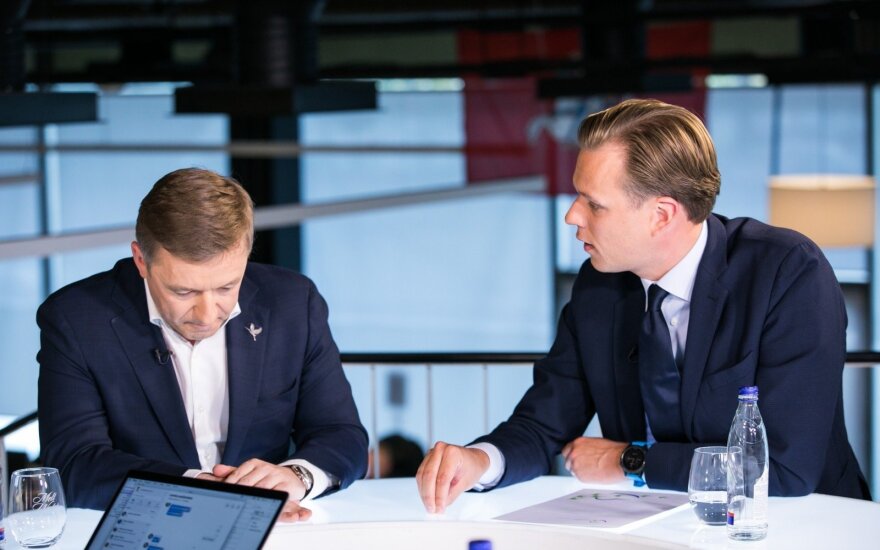 According to the latest survey by Vilmorus for the Lietuvos Rytas daily, published on Saturday, if a general election was held now, 16.9 percent would vote TS-LKD led by Gabrielius Landsbergis. A month ago, 14.5 percent said they would vote for the party.

Led by Ramūnas Karbauskis, LVŽS was slightly ahead of TS-LKD in September when the party topped the popularity rating for the first time after a long period, with 14.9 percent. But they dropped back to the second place in October as 13.1 percent said they would vote for the party.

Related articles
Changes in the presidential candidate ratings – one of the top three drops down
Newest ratings: in the background of political bickering – bad news for the cabinet

"A big gap between TS-LKD and LVŽS has emerged. They rank first and second respectively but with a huge gap," Vilmorus head Vladas Gaidys said.

The Order and Justice party came in third with 8.3 percent, compared to 6.3 percent in September.

7.2 percent said they would vote for Paluckas' social democrats (4.5 percent in September). And 3.1 percent would back the social laborers (4.5 percent).

The Labor Party would receive 4.8 percent, compared to 6.4 percent a month ago.

The Liberal Movement dropped to 2.5 percent and gets equal with the Lithuanian Center Party. And the Electoral Action of Poles in Lithuania – Christian Families Alliance would be backed by 3.1 percent.

Newest ratings: in the background of political bickering – bad news for the cabinet

Lithuania's ruling Lithuanian Farmers and Greens Union is hot on the opposition conservative...