BNS
aA
Extremists do not pose any special threat to Lithuania's national security, the chairman of the Seimas Committee on National Security and Defense (CNSD) said on Wednesday. 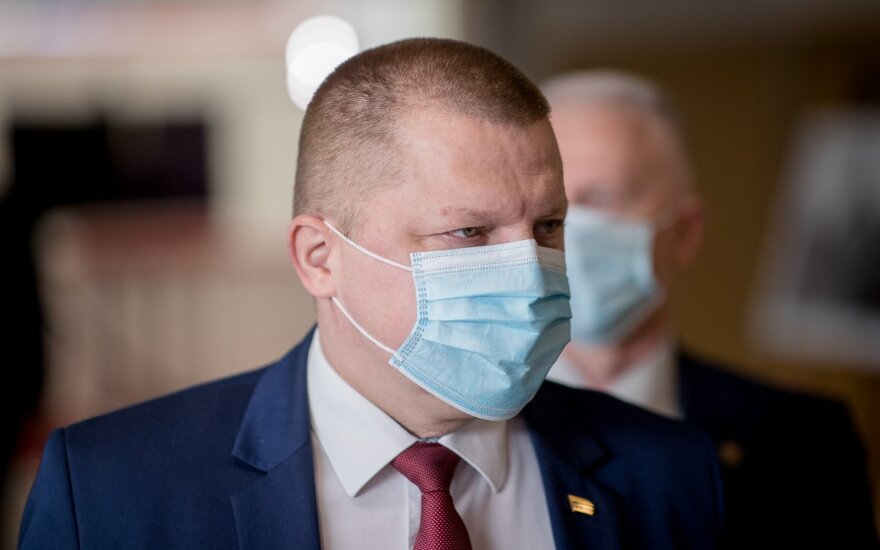 "There some manifestations that are known and watched, but they are not posing any major risks to national security," Dainius Gaizauskas told reporters after the committee's meeting.

The State Security Department briefed the CNSD on activities of far-left and far-right activists and organizations in Lithuania.

Laurynas Kasciunas, a member of the CNSD, said that extremists are trying to use some events as a platform for making themselves visible.

According to the MP, a Black Lives Matter rally in Vilnius on June 5 was one of such events.

Around 1,000 young people took part in the demonstration to express solidarity with anti-racism protests in the US and around the world triggered by the death of African-American George Floyd at the hands of a police officer.

Outside the US embassy, the crowd were met by a group of counter-protesters who chanted "Freedom for Lithuania" and sang folk songs.

A minor scuffle broke out after a demonstrator tore a placard held by an anti-protester and knocked him onto the ground. The police have opened an investigation into the incident.

Attempt was made to carry out terror act in Vilnius (1)

An attempt was made last fall to carry out a terror act in Vilnius, prosecutors said on Friday.