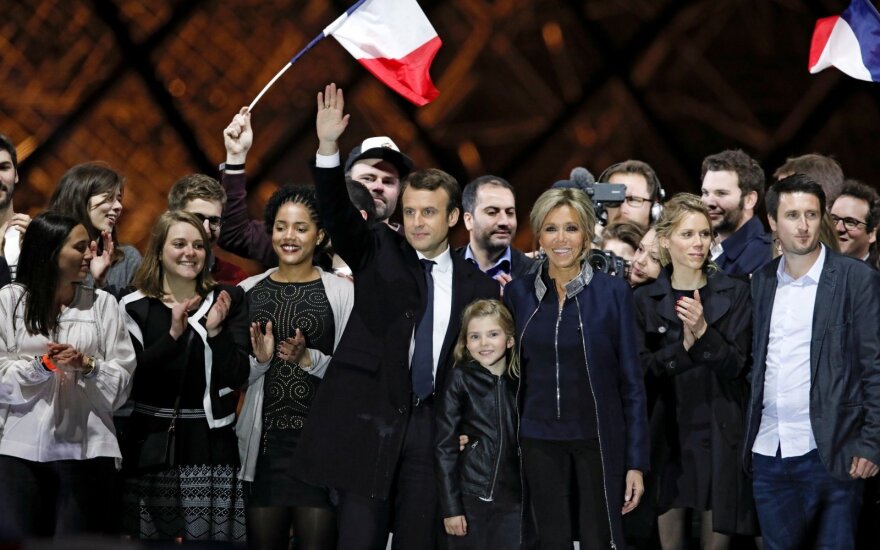 “This is too early to talk about, because we don't know who will be the prime minister, the foreign affairs minister,” the diplomat told BNS on Monday in comment of the French political priorities and possible relations with Lithuania.

In France, the prime minister is appointed by the president.

Jeantaud said that Macron's policies would also depend to a great extent on the parliamentary elections to take place this summer, as the 39-year-old future president-led movement En Marche! does not have a single mandate in the legislative body.

During the election campaign, Macron strongly supported the European Union when it comes to foreign policy. Some observers say that the new French president would keep the strong ties with Germany.

Lithuanian experts say that Macron's victory in the elections would not bring major changes to the ties between Paris and Vilnius.

France is actively involved in the Baltic air-policing mission and sent land forces for training to Lithuania last year for the first time. France will station a few hundred troops in the German-led NATO battalion to be set up in Lithuania next year.

"There has been decided that in beginning in January (next year) there will be 300–315 troops from French army that would be stationed in Lithuania with tanks, with infantry fighting vehicles," said Jeantaud.

Lithuania intends to send a company of troops to the United Nations (UN) peacekeeping mission in Mali, western Africa, where the French-led international community works to curb Islamic fighters. The company will consist of about 30 soldiers.

This came as Lithuania's response to the French request to contribute to operations in Africa after a wave of Jihadist attacks rippled through France in 2015.

"It is a very strong political sign that Lithuania is developing consciousness and awareness of global security interest, because traditionally, historically Lithuania had very few realtions with Africa," said the French ambassador.

Since 2009, the relations between Lithuania and France are defined as strategic partnership in official agreements.

The victory by centrist Emmanuel Macron in the French presidential elections will mitigate the...

President Dalia Grybauskaitė does not comment on the French presidential candidates, saying that...