Reuters
aA
A decision on whether to deliver a second Mistral helicopter carrier to Russia will depend on Moscow's attitude over the Ukraine crisis, French President François Hollande said on Monday. 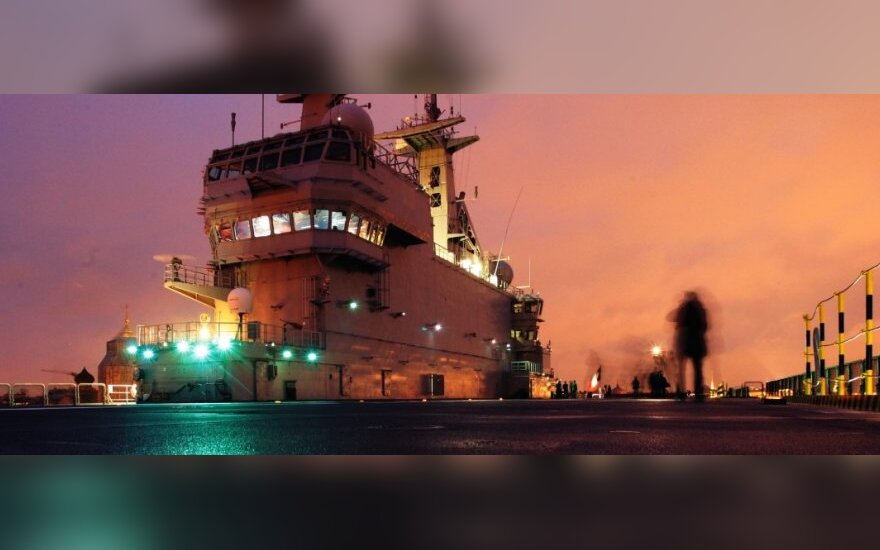 Speaking during a dinner with the presidential press corps, Hollande said that a first warship was nearly finished and would be delivered as planned in October, despite strong opposition from France's allies.

For the second delivery to be cancelled, EU sanctions would have to be decided at the level of heads of state and government, a French government official said.

EU foreign ministers might agree to ratchet up sanctions on Russia when they meet on Tuesday (July 22), though targeting deliveries of defence equipment was not planned, the official added, speaking on condition of anonymity.

Related articles
President Grybauskaitė: We must put a stop to mistralisation of European politics  (1)
Foreign Minister Linkevičius calls for tougher sanctions and arm embargo against Russia

Diplomats in Brussels said earlier that EU foreign ministers were unlikely to punish Russia over last week's downing of an airliner over Ukraine beyond speeding up the imposition of individual sanctions that had already been agreed upon.

France has come under intense pressure from allies over the sale of the warships with London and Washington renewing their opposition on Monday.

Russian Deputy Prime Minister Dmitry Rogozin said earlier on Monday that he doubted France would cancel the contract, which he said would be worse for France than for Russia.

The long-discussed 1.2 billion-euro ($1.66 billion) French contract was Moscow's first major foreign arms purchase in the two decades since the fall of the Soviet Union.

Former President Nicolas Sarkozy had hailed the signing of the Mistral contract as evidence the Cold War was over.

About 400 Russian sailors are due to come to France in June to receive training for the Mistral. The carriers can hold up to 16 helicopters, such as Russia's Ka-50/52s.