BNS
A fourth rotation of Lithuanian troops are leaving for the UN-led stability operation MINUSMA in Mali on Friday, the Defense Ministry said. 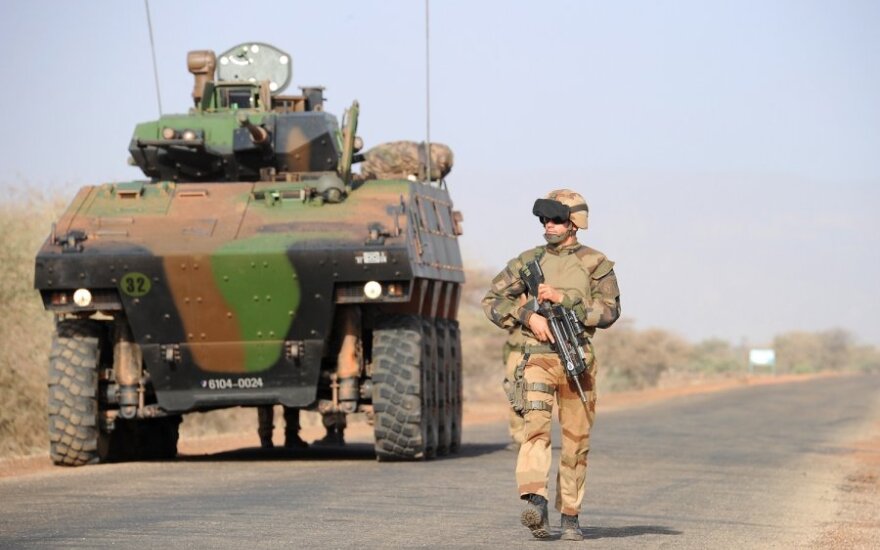 Lithuanian soldiers' task in the operation is to ensure force security within the military base compound in the province of Gao, in eastern Mali.

Another five Lithuanian soldiers serve in the MINUSMA headquarters in Bamako, Timbuktu and Gao.

Lithuanian soldiers are not involved in combat actions in Operation MINUSMA, which was launched by the UN in 2013.

According to the ministry, MINUSMA is not the only multinational deployment for Lithuanian troops in Mali. Lithuania has also been contributing to the European Union Training Mission in Mali (EUTM) since 2013.

In total, 41 Lithuanian soldiers are currently serving in the West African country.

A fourth rotation of Lithuanian troops are leaving for the UN -led stability operation MINUSMA in...

A third rotation of Lithuanian troops is leaving for the UN-led stability operation MINUSMA in Mali on...

Lithuania will raise its contingent in the United Nations (UN) mission in Mali to nearly 40 troops...

As Lithuania plans to increase its contribution to international missions, the country's parliament is...