BNS
aA
Lithuania's Foreign Minister Linas Linkevičius on Wednesday said there should be no unilateral sudden actions in the solution of the conflict between Israel and Palestine. 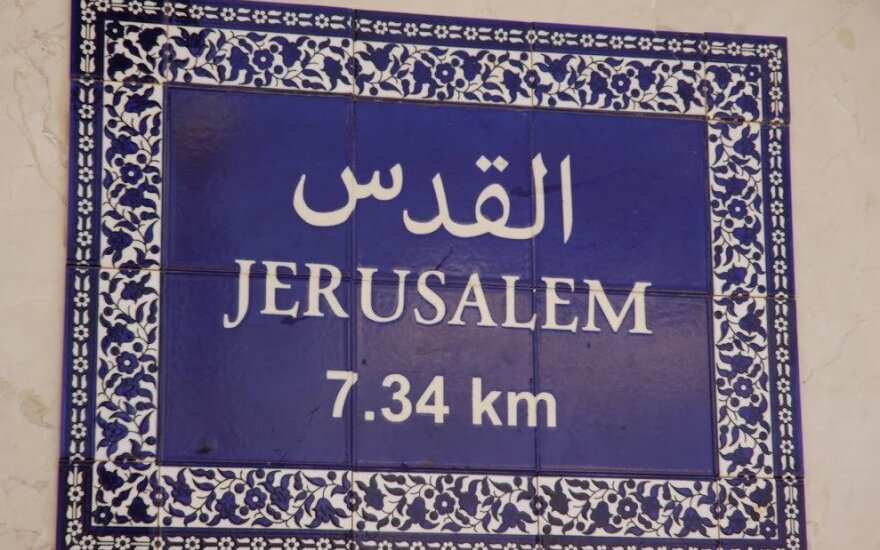 As United States President Donald Trump intends to recognize Jerusalem as the capital of Israel, the Lithuanian diplomacy chief called for the disputes to be settled by way of negotiations.

"The topic of the Middle East conflict is a very long-standing and a very fragile one. Everything is very sensitive, therefore, the best way would indeed be to refrain from any unilateral sudden actions, and this should be settled by bilateral negotiations," Linkevicius told BNS in a telephone interview from Brussels.

The status of Jerusalem is one of the sorest points in the Israel-Palestine conflict. Israel considers the whole city as an undivided capital, while Palestinians want East Jerusalem to be the capital of their future country.

"Speaking about the future of the two countries and the policy of recognition of each other, the issue of Jerusalem as the capital is one of the components," said the head of the Lithuanian Foreign Ministry.

"We hope that this will be viewed with utmost sensitivity and responsibility in the future," Linkevičius added.

A top-ranking official of the US administration said Trump would on Wednesday recognize Jerusalem as the capital of Israel. This would end decades of US cautious policies, regardless of warnings from Allies that this could be a historic mistake that would again trigger violence in the Middle East.

Moving the embassy and recognition of Jerusalem as the capital of Israel would be a major shift of US policies, which would be against the international consensus. Washington's traditional position was that the two countries involved in the conflict should come up with a solution.

Over the past decade, Lithuania has been one of the biggest diplomatic supporters of Israel in the European Union. Many other European countries hold a stricter stance on Israel over the expansion of settlements in the occupied West Bank.

Observers say the pro-Israeli policy of Lithuania could be in part due to harmonization of diplomatic positions with the United States and the history of Jews in Lithuania. Lithuania and Israel lately intensified bilateral military and economic ties.

Lithuania again supports Israel at UNESCO in dispute with Palestine (1)

Lithuania on Tuesday voted against the resolution at the United Nations Educational, Scientific and...

Lithuanian politicians and political experts discussed the US presidential elections on Wednesday,...

Lithuania cannot stay silent about the situation in Palestine , said a Lithuanian social worker who...

Lithuania will not compromise the interests of its citizens for the sake of better relations with...