BNS
Lithuania's former president Valdas Adamkus says he was assured by security officials that Lithuania did not host a secret CIA detention centre for suspected terrorists. 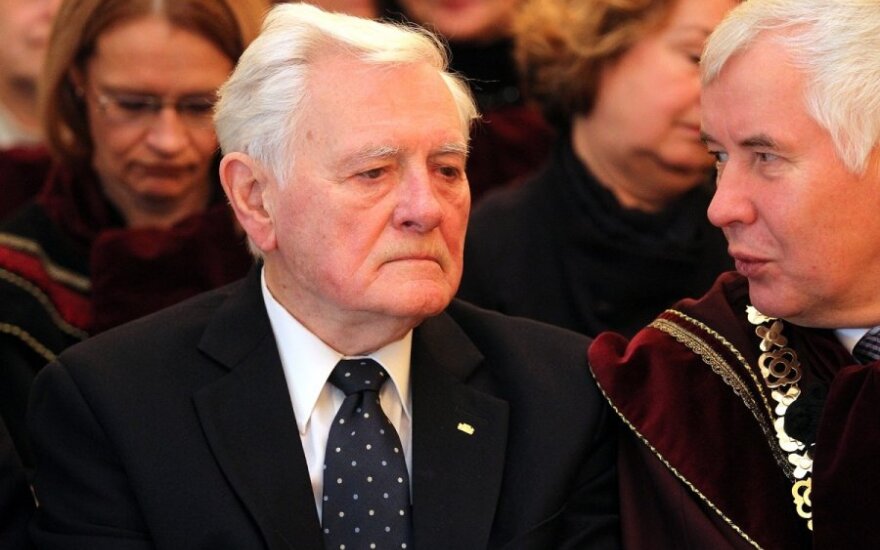 Adamkus, Lithuania's president between 1998-2003 and 2004-2009, says that even after the US Senate report, he is convinced that the Central Intelligence Agency (CIA) did not secretly interrogate prisoners in Lithuania.

"I was assured by top-ranking officials of our security agencies that there was no prison in Lithuania and that nobody ever delivered the prisoners," Adamkus told BNS on Wednesday.

The former president says he received a request to host 7-9 harmless prisoners from the Guantanamo base in Lithuania, but he declined.

Adamkus says he has personally visited the building near Vilnius, which was singled out as the possible site of the secret CIA facility, only to make sure it was an exercise centre.

Related articles
President Grybauskaitė: Lithuania will have to accept responsibility, if CIA prison allegations prove correct  (1)
Lithuanians react to US Senate's CIA report: will it sow discord in US-European relations?

"I then said that all the information I had collected proves once again that no prisoners were brought to Lithuania from there, and until I see documents before my eyes about someone secretly bringing prisoners into Lithuania, I will stick to my position that there were no prisons or prisoners in Lithuania," said the former president.

The US Senate published a report on CIA detention and interrogation programme that involved torturing suspected terrorists in secret detention sites overseas.

Expert of the Human Rights Monitoring Institute in Vilnius, Meta Adutavičiūtė, said the US Senate report fuels the suspicions of interrogation of Saudi Arabian citizen Mustafa al-Hawsawi in a secret centre outside Vilnius.

In her words, the report implies that security officials were aware of the operations but then president may not have had full information in this respect.