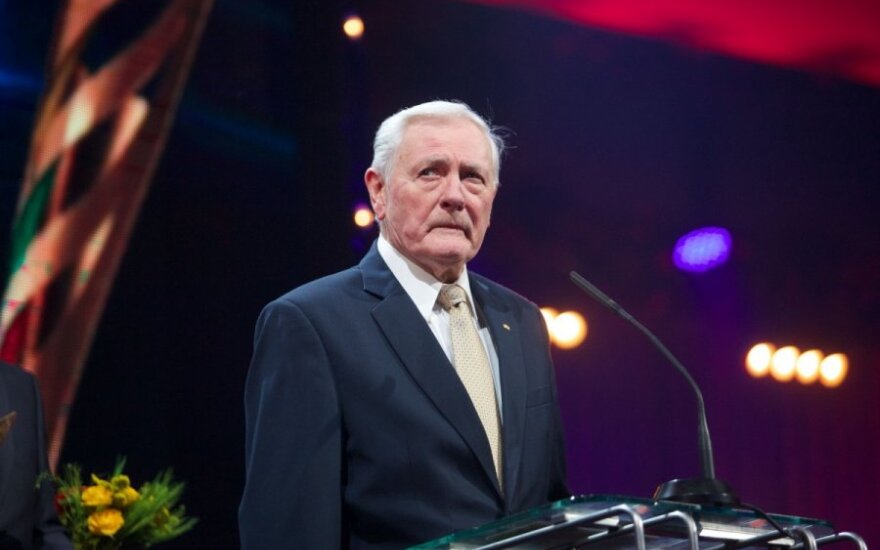 "Judging from the ongoing events in our neighbourhood in the east, and also from certain statements by some (Russian – BNS) Duma members, (…) there are clear statements against Lithuania's and the other Baltic states' independence. I think there's a real threat to Lithuania," he told the Žinių Radijas news radio on Tuesday, adding that Russia's imperialist ambitions pose the key threat.

"If Ukraine is 'done', I think Russia's imperialist goals will not change and they will try to bring back what was brutally done in 1940 against Lithuania and other Baltic states. This is why Lithuania is concerned and is taking certain measures," the former president said.

According to Adamkus, Lithuania's NATO membership provides some security. Lithuania has to take care of its own defence, but allied forces would come to help, he said.

"Our duty is to get ready properly and help NATO forces to come in time or be in Lithuania and to resist Russia's aggression," Adamkus said.

The former president also said he supported plans to restore conscription, saying that military service prepared young men for life and was a personality-forming experience.

"The nine-month period is pretty short and is a certain expression of patriotism. I back the idea but I think it should be done wisely and carefully in terms of selection," he said.

Speaking about the existing situation in Ukraine and the international community's actions, the ex-Lithuanian president said more stringent actions should be taken against Russia.

"The Kremlin understands only the position of force and this is the only language they speak," Adamkus said, adding that more anti-Russian sanctions were needed.

Duties that Never End. President's Diaries" - such will be the title of a memoir book by former...

Valdas Adamkus: The only person I had no luck with was Vladimir Putin (1)

Former president Adamkus: Polish-speakers don't appreciate what they have in Lithuania (1)

The Polish-speaking minority in Lithuania do not appreciate the conditions created for them and do not...