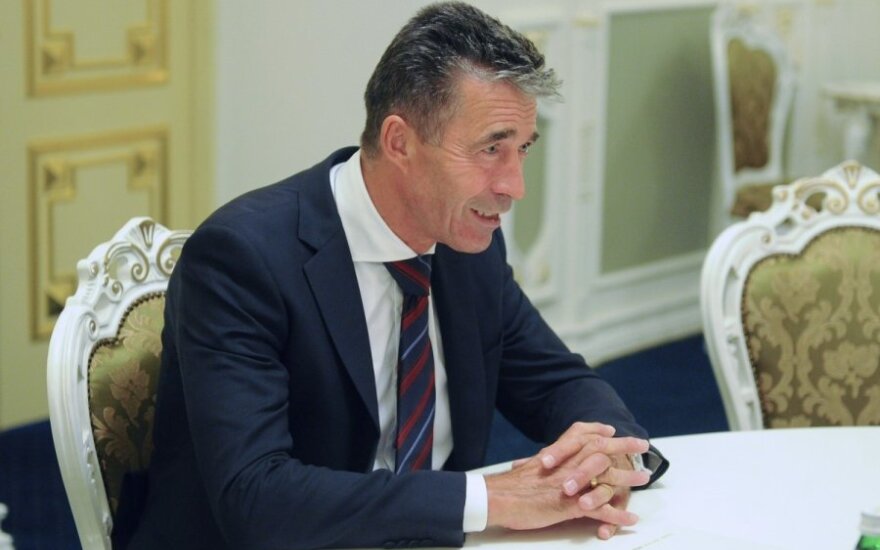 In an interview to the British daily The Telegraph, the Danish politician said that Putin had dangerous ambitions beyond Ukraine and aimed to test Western resolve in the Baltic states.

In his words, the Kremlin's true goal is to shatter NATO solidarity and reassert Russian dominance over Eastern Europe.

"This is not about Ukraine. Putin wants to restore Russia to its former position as a great power," he told The Telegraph.

"There is a high probability that he will intervene in the Baltics to test NATO's Article 5," Rasmussen said, referring to the solidarity clause of the North Atlantic Treaty that underpins collective security.

"Putin knows that if he crosses the red line and attacks a NATO Ally, he will be defeated. Let us be quite clear about that. But he is a specialist in hybrid warfare," he said.

Lithuania's Defence Minister Juozas Olekas told BNS that the threat of Russian intervention cannot be fully ruled out, however, the risk can be "minimized" by way of stepping up NATO presence and national capacities.

"We are doing everything to minimize or eliminate the threat, however, without doubt, we cannot guarantee that this will not happen. Therefore, all of the actions, the decisions of NATO's Wales Summit and their implementation now is targeted at eliminating this possibility," said the minister.

In Olekas' words, elements of "hybrid war" have been employed for years, they were obvious during the 1940 Soviet occupation of Lithuania. The minister emphasized that Lithuania is preparing for possible points of tensions, which may emerge due to alleged interruption of transit to Russia's Kaliningrad region or abuse of foreigners.

"There can be excuses in the form of protests of foreigners or other groups, as well as transit interruptions. Any element is possible. But we are preparing for this so that the elements do not become a reason for action. We have set up national response forces in Lithuania, adopted legal amendments on the use of army. Intensive negotiations are underway with other agencies on localization and elimination of such points," Olekas said on Friday.