Former CIA analyst: The fall of Putin’s Russia is a matter of several years

Šarūnas Černiauskas,
DELFI EN
aA
Though there is almost a feeling of euphoria in Russia over the aggression against Ukraine, Vladimir Putin is leading his country into its demise, claims former US Central Intelligence Agency (CIA) analyst Paul Goble in an interview with DELFI. 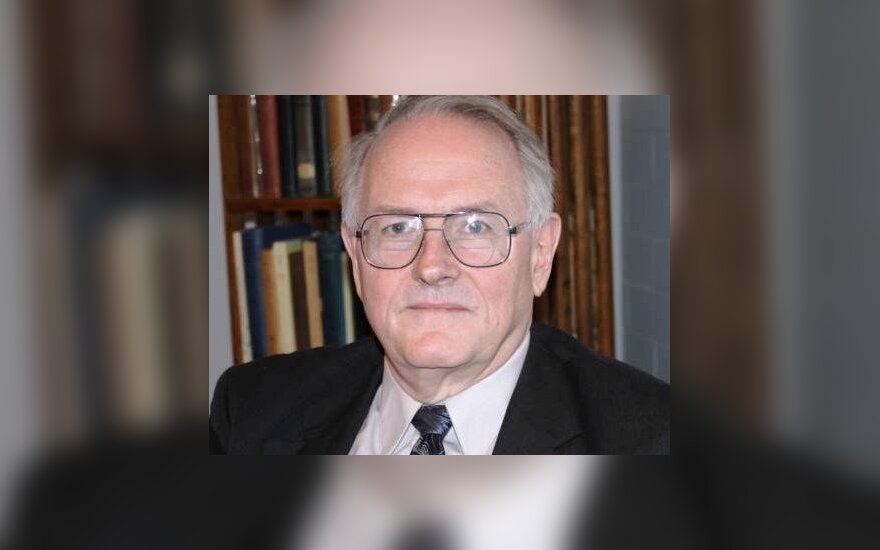 According to Goble, massive popularity ratings do not mean that Putin is omnipotent – it is apparently already visible that Russians are coming to their senses and support imperialist ideas far less. Despite this, the West is still torn between its values and Russian gas and money. According to the analyst, this is where Poland and the Baltic States will have a special role to play.

Related articles
Opinion: Molotov-Ribbentrop and the birth of the Lithuanian-American alliance  (1)
Kremlin said to be developing plan for partitioning Georgia  (1)

It is time for a real “red line”

The West has drawn a “red line” for Putin a few times now, threatening that one or another act by Russia in Ukraine will cost dearly. The regime has forced a number of redraws of the “red line”, while the promised strict reaction from the West has not arrived.

“Putin will continue to push this boundary. It is incredibly important to show that this is not acceptable. He’s playing with fire, putting both his country and regime into danger. I believe that he feels he can frighten the people of other states just as he does with his own citizens,” spoke Goble.

According to him, the Baltic States and Poland are very important in the international arena now; former Soviet bloc states have to keep reminding the world what unhindered aggression can end with.

Putin has often indicated his distaste for the fall of the Soviet Union. There is no lack of statements from Moscow about the recreation of the old bloc. Goble, however, does not believe Putin is currently capable of more serious aggression.

“I don’t think he can go very far. One of the things the events in Ukraine have shown is that while other states may not be ready to go to war with Russia, Ukrainians are fighting, dying and reclaiming their territory. (…) I believe that the price which Moscow is experiencing, both directly through its military “adventures”, as well as potential losses due to the illegal annexation of Crimea is so large that Russians will turn away from the thought that imperial rebuilding is a good thing,” said the World Policy Institute expert.

According to him, there are signs that ordinary Russian citizens are starting to look at imperial expansion less favourably. This is apparently shown by recent opinion polls.

“The Levada Centre (Russian polling and sociological research organisation – DELFI) published a survey which tried to find out whether Russians believed Abkhazia and South Ossetia should be annexed. It is stunning that compared to 2008, there has been a dramatic drop of those in favour of annexation in recent years, especially this year. This suggests to me that people can listen to slogans about a new USSR or such, but they are not prepared to pay the price which Russia would have to pay in such a case. I believe that even Putin understands that reconstituting the USSR is not something that can be done without losing the country,” Goble continued.

According to the analyst, Putin is ruining his country, rather than raising it to greatness. “Personally, I think that what Putin has done in Ukraine is going to increase the rate at which the Russian Federation disintegrates. Over a few years, if not over a few months. This is because large portions of this state are Moscow’s imperial colonies, as Soviet republics once were,” predicted Goble.

According to survey data from Russia, Putin enjoys massive support. Goble notes, though, that the support for Putin is not unconditional.

“I believe that Putin has intimidated a large part of the population. There are Russians who genuinely support him, no doubt, but as the survey about Abkhazia and South Ossetia shows, support for his aggressive policies, ones that pay any price, is decreasing,” the expert claimed.

Though the Ukrainian crisis has been ongoing for more than half a year, there have been no signs of Russian withdrawal, the European states still have not demonstrated a unified position. Goble concludes that Putin has established great leverage in many European states during his rule.

“Mr. Putin has amassed enormous influence through the use of Russian money and the oil and gas weapons. There are people in Western Europe who are more inclined to defer to him,” claimed the analyst.

According to him, the positions of the Baltic States and other ex-soviet states are very important. Goble praised the Baltics and Poland who “clearly show we have to oppose Putin’s aggression.”

According to him, the US has taken up a leadership position in the diplomatic confrontation between the West and Russia. The analyst is not, however, fully satisfied with his country’s stance.

“Have we done as much as I would have personally liked to see? Certainly not. I believe that what Putin has done is vastly more dangerous than most think. In my opinion, we have to take a wide variety of measures, not just economic sanctions, and show that what Russia is doing in Ukraine, as well as elsewhere, is unacceptable, that Russia will be isolated and will be put in an even worse position, if it does not change its direction,” continued Goble.

Historical mistakes are no security guarantee

After the Crimean annexation, Putin’s Russia was openly compared to Adolf Hitler’s Germany. On the eve of the Second World War, the Nazi-Soviet pact of European division sealed the fates of a number of states, including the Baltics. Can Europe of today repeat a 75-year-old mistake?

“There is no guarantee that mistakes will not be repeated. But I believe that many people clearly understand this threat. And I believe that the US president is travelling to Tallinn to show that the US will not turn its back to the Baltic States,” mused the former CIA analyst.

The Baltics mark a break in Washington and Moscow’s relationship

Goble notes that historically the Baltic States are important in the relationship between Washington and Moscow. The occupation of Lithuania, Latvia and Estonia, decided by the Molotov-Ribbentrop pact, drew a clear line in US foreign policy.

“With Soviet occupation, the United States, as never before, focused on the three Baltic States, articulated its non-recognition policy (of the occupation – DELFI) and made this policy central in relations with the Soviet Union.”

According to him, historically, the US has long shown great attention to the Baltic States and their future. This attention has not decreased at all since their reestablishment of independence. “Given Putin’s actions in Ukraine, this (US–Baltic – DELFI) relationship has become more important, not less,” highlighted Goble.

Opinion: Molotov-Ribbentrop and the birth of the Lithuanian-American alliance (1)

The Molotov-Ribbentrop Pact signed 75 years ago is remembered as the beginning of an alliance...

Kremlin said to be developing plan for partitioning Georgia (1)

Since the start of this year, Vladimir Putin ’s Russia has invaded Ukraine , annexed Crimea...