DELFI EN
aA
EN.DELFI has interviewed the Minister of the Foreign Affairs of Lithuania, Linas Linkevičius. We spoke about the next European Commission President Jean-Claude Juncker, significance of the European Union association and free-trade agreement with Ukraine and two other Eastern Partnership countries and about self-discipline required for tweeting. 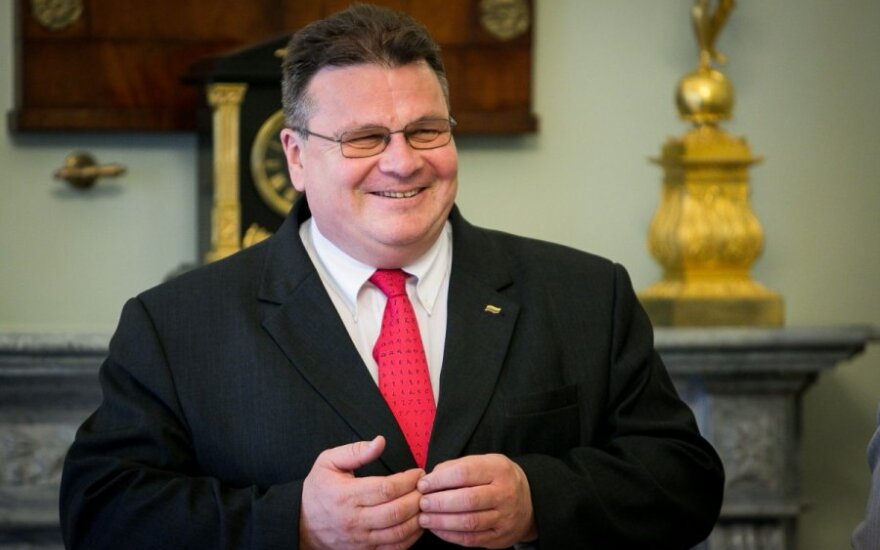 According to Linkevičius, even though British Prime Minister David Cameron and a few other leaders were vocally opposed to seeing Jean-Claude Juncker head the next European Commission, they were in the minority.

"The best option now is to think how to work together for united Europe," says Linkevičius. "Everyone, those who were in favour (of Juncker's candidacy) and those who opposed - which was an absolute minority, let me mention - have to work with the new president of the Commission to make our project a success."

Speaking of successes, the recent signing of Association and Free Trade Agreements with three Eastern Partnership countries - Ukraine, Georgia and Moldova - represents "a very important geopolitical move", according to the Lithuanian foreign minister, both for these countries and the EU.

According to Linkevičius, even though the agreements were signed only last month, the bulk of the work had been accomplished by the Eastern Partnership Summit in Vilnius last November. "We worked very hard during our presidency (over the European Union Council)," he notes. "It was not easy, especially with regard to Ukraine."

Symbolically, Ukraine's new President Petro Poroshenko, who came into power after his predecessor Victor Yanukovych was ousted by a popular revolt sparked by his refusal to sign the EU agreement last November, used a pen from the Vilnius Summit to put his signature.

In Linkevičius' view, the gesture is less an acknowledgement of Lithuania's efforts in making the EU-Ukraine agreement happen than a symbol of the sheer inevitability of the fellow post-Soviet country moving forward, "if such is the will of the people and the will of the leadership".

Linkevičius notes, however, that signing the agreements is just the first step for the three countries. They will now have "to start implementing these agreements, especially with regard to the free trade area".

"Is it membership? No. But is it a rapprochement with the EU? By all means, yes," says the Lithuanian foreign minister. According to him, these countries, having pledged to play by the European rules, now need to work hard to make the reforms irreversible. "Their success will also mean our success," says Linkevičius.

Meanwhile Lithuania is making a different kind of progress - one in using Twitter - and Linkevičius seems to be an icebreaker in this area as well. "Twiplomacy" study found him one of the best-connected world leaders on Twitter.

"I discovered (Twitter) myself," says Linkevičius, acknowledging that the social network is still not as popular in Lithuania as in some other countries or Brussels.

"Being a politician, you sometimes need more than just press releases or official statements," the Lithuanian minister says. "Some fresh news, coming on the spot. It might not provide much insight, maybe more emotional, but it really has to do with communication, with outreach."

Besides, he says, tweeting is not as simple as it might appear - it requires a lot of self-discipline. "You have to fit your brilliant ideas into very few characters. It is not easy."

The Seimas of Lithuania has backed the nomination of Vytenis Povilas Andriukaitis, of the Social...