BNS
aA
The European Union will consider applying restricting measures in the area of defence against Russia, Lithuania's Foreign Minister Linas Linkevičius said on Tuesday during the meeting of EU foreign ministers in Brussels. 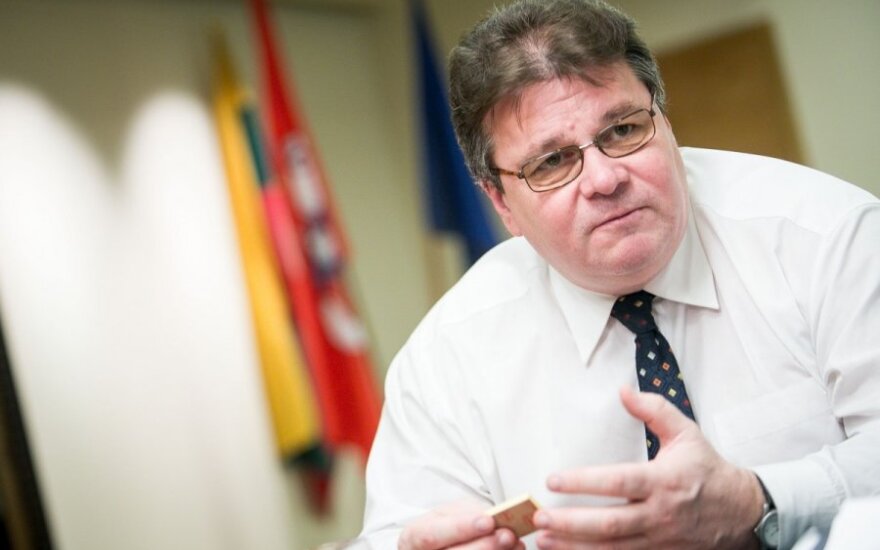 "[European] Commission proposals will be submitted on applying restricting measures in the field of defence," Linkevičius told Lithuanian journalists.

In his words, the ministers also agreed that the EU sanctions may be applied on individuals and companies involved in decision-making processes that violate Ukraine's sovereignty.

"We will be able to include the persons who are close to the decision-making, which was not allowed until now. The list has to emerge, but the principle decision has already been made. The companies whose operations contribute to the implementation of the political decisions in Russia will be the object of our sanctions," said the Lithuanian minister.

Linkevičius spoke to journalists before the end of the meeting, so the final decisions will be announced later on Tuesday.

Asked whether the meeting addressed the sales of French military ships Mistral to Russia, the Lithuanian diplomacy chief replied: "Without a direct reference to Mistral, many said, and I have said this myself, that the arms embargo is something necessary, and the arms supply has to come to an end."

"Of course, this means major contracts for someone and, of course, this will have consequences, but the Commission will submit proposals within days on what needs to be done," said Linkevičius.

Discussions about EU's possible sanctions on Russia were reopened after a Malaysian passenger flight was shot down above Eastern Ukraine controlled by pro-Russian separatists.