(1)
BNS
aA
Lithuanian Minister of Foreign Affairs Linas Linkevicius calls mass detentions in Moscow the use of "excessive brutal force" and calls for the release of those detained.
Sekite svarbiausias naujienas socialiniuose tinkluose! 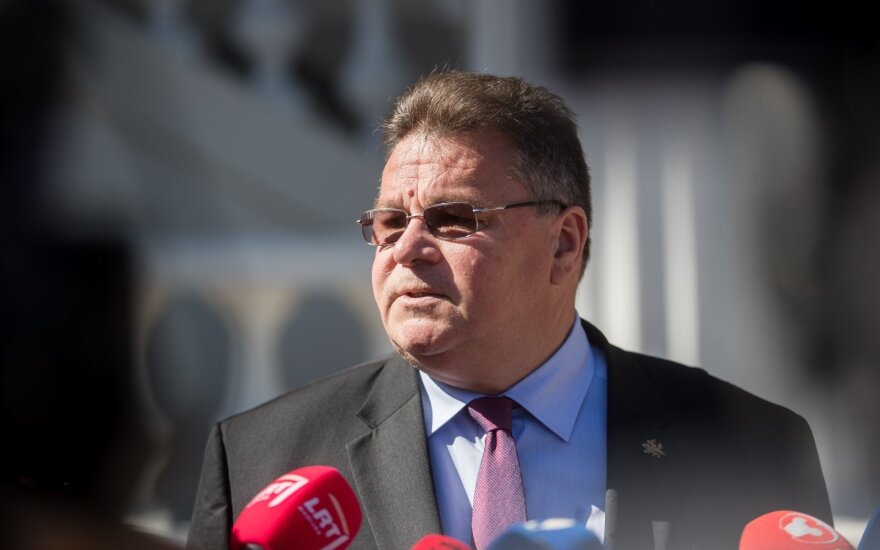 Over the weekend, Russian police have detained over a thousand of people who took part in a protest against the decisions not to register a number of opposition and independent candidates for the upcoming election to the Moscow City Duma in September.

"It's hard to call it otherwise that the use of excessive brutal force against peaceful protesters who have the right to protest, assemble and express their opinion, which is enshrined in the Russian Constitution. But we see there's no reaction," the minister told BNS on Sunday.

"We demand that human rights be respected and that violence against peaceful protesters be not used and those people are released," Linkevicius said.

The minister said he was in contact with the lawyer of one detained person, Ilya Yashin, who was not registered as an independent candidate, and the lawyer confirmed that "completely random people who are in that place at that time" are detained.

In his words, the fact whether the opposition will manage to secure more seats in the Moscow City Duma will depend on the public reaction in the Russian capital.

"The intolerance of violence is a democratic expression. How much they will manage to change the situation will depend on their own determination and the determination of the government to defend their own positions," he said.

Russian activists say law enforcement's actions over the weekend were the biggest crackdown on opposition supporters since the wave of anti-Kremlin protests in 2011-2012.

Lithuania's media watchdog, the Radio and Television Commission of Lithuania , has on Wednesday...

A group of Lithuanian conservative and liberal politicians have asked international bodies to give...