BNS
aA
Algirdas Paleckis, former leader of the Socialist People's Front who is suspected of spying for Russia, has met with his wife only once during the past nine months, his farmer, former MEP Justas Vincas Paleckis claims.
Sekite svarbiausias naujienas socialiniuose tinkluose! 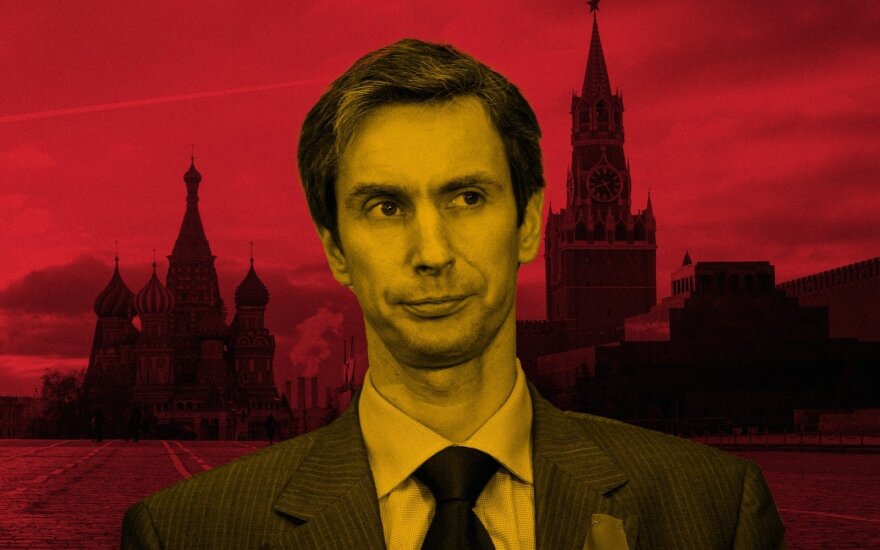 "Over the past almost nine months, there's been a single meeting with his wife, and that's it. Neither the kids nor the parents or other relatives have seen him. We have communicated only by means of letters," Justas Vincas Paleckis told BNS Lithuania.

In his words, his son "categorically rejects the accusations."

Justas Vincas Paleckis says the prosecutor does not allow his son to meet with relatives, which is surprising.

"As far as I understand from speaking with the lawyers, it's the prosecutor's prerogative. Why such decisions have been made I cannot say as I am not a lawyer. I cannot imagine how this could impede the investigations. Maybe it's some sort means of putting pressure," he said.

Earlier in the day, prosecutors proposed extending Paleckis' detention for another three months. Kaunas Regional Court is due to make the decision on Tuesday.

Lithuanian prosecutors are set to finish the investigation into the spying case against Algirdas Paleckis, former leader of the Socialist People's Front, and several other persons this year, the delfi.lt news websites reported earlier, citing law enforcement sources.

According to the website, the State Security Department has found that the suspects allegedly had contact with other persons who also cooperated with Russian intelligence organizations and provided them with information.

Paleckis and Deimantas Bertauskas, a Vilnius businessman who is also a suspect in the case, could have contact with Nikolai Filipchenko, an officer of Russia's security service FSB, who handed over his direct commander's orders to collect information, delfi.lt reports.

Paleckis, suspected of spying for Russia, has been detained since October, and softer measures of suppression are in place for Bertauskas.

Law enforcement officials said last December that Paleckis and "a network of persons", who were not named, were suspected of spying for Russia.

The persons the investigation focuses on are suspected of having collected information under the FSB's orders about Lithuanian officers, prosecutors, and judges who were involved in the January 13, 1991 case investigation, and also collected other information.

Russian law enforcement earlier launched proceedings against Lithuanian judges and prosecutors who were involved in the January 13 case.

Established in 2008, the Socialist People's Front and its former leader Paleckis have many times been mentioned in public intelligence reports on threats to national security.

Intelligence has called the Socialist People's Front a pro-Russian party and written about the party members' participation in pro-Russian propaganda events against the United States and NATO.

Convicted in 2017, Filipchenko tried to recruit officers of the State Security Department and also install wiretapping equipment in President Dalia Grybauskaite's office and at her residence.

According to information obtained by the LRT Television show Panorama, at least 6 companions of...

The Court of Appeal of Lithuania on Wednesday started hearing the case of two former troops found...