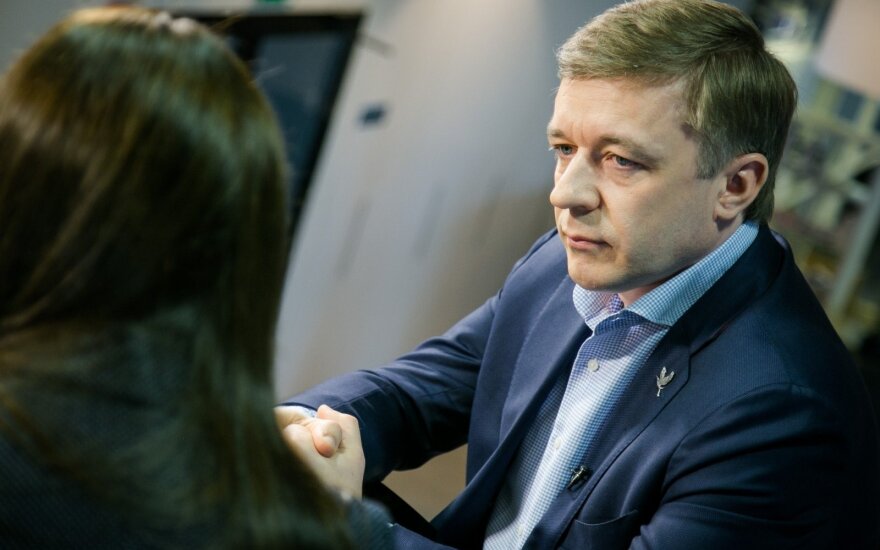 "Our relations with the Social Democrats' political group (in the parliament) are improving, because they have elected a new chairman of the party and a new head of their political group," he said on the Žinių Radijas radio station.

"We are learning to better understand and hear each other, and to talk in advance about various intentions. I think that there are no threats here," the politician said.

Karbauskis said that he saw no threat of the ruling coalition breaking apart.

"The ruling majority will remain very stable. I see no threat here," he said.

The LFGU chairman told reporters in May that the fate of the ruling coalition would depend on voting on a package of measures aimed at curbing alcohol consumption and on amendments to the new Labor Code. The Seimas has since passed both bills.

Gintautas Paluckas, the newly-elected LSDP leader, said in April that the Social Democrats would no longer be "easy, accessible and obedient coalition partners who have no priorities of their own".

PM sees no signs of crisis

Lithuanian Prime Minister Saulius Skvernelis said on Wednesday that he saw no signs of crisis after...

Why Paluckas is not aspiring for a seat in the Seimas?