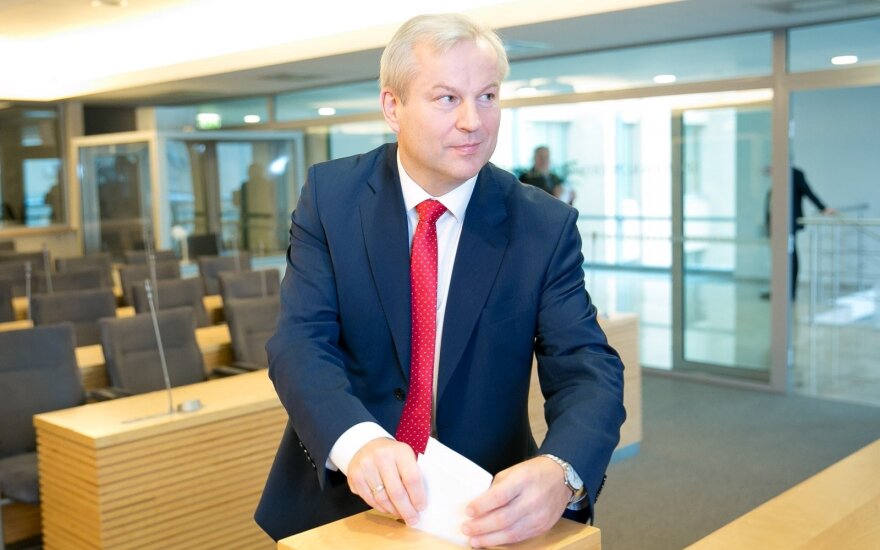 More than 40 parliamentarians say that it is necessary to establish possible violations of the MP in light of the information provided by the State Security Department that has barred Bastys from accessing classified information.

In Lithuania, impeachment can be initiated by at least 36 of 141 parliamentarians.

Meanwhile, the opposition aims to form an ad hoc commission for a more thorough analysis of the possible national security threats of Bastys' links with Russian energy companies and criminal figures. The parliament on Tuesday adjourned its meeting over the proposal.

According to the plea submitted by the ruling parties, Bastys' application for permit to work with classified information does not specify his earlier contacts with former KGB agent Piotr Voyeiko who is currently linked with foreign intelligence and security services, as well as contacts with pro-Kremlin journalist Ernest Matskevich and his 2015 trip to Moscow to attend a book presentation by Yevgeniy Kostin.

"Please note that by attempting to conceal the ties and the facts, Bastys violated the procedures of gaining the permit to work with classified information. Furthermore, the MP has not declared his connections with Kostin, Voyeiko, Matskevic, Dubininkas or Pakhomov in his publicly available declaration of private interests, although the declaration of private interests clearly specifies that an MP (or a person running for MP) must declare any other data and connections with physical and legal entities of Lithuania and other countries that could be subject to a conflict of interests. This leads to a conclusion that Bastys consciously aimed to conceal the information about the ties that were later established in the report issued by the State Security Department," reads the document.

Last Thursday, Pranckietis said he had received the security conclusion, suggesting that Bastys, then vice-speaker of the parliament, should not be issued a permit to work with classified information.

The MP later confirmed he knew all of the individuals, however, denied the suspicions of his vulnerability and dismissed them as interpretations. Nevertheless, he stepped down from parliamentary vice-speaker, refused to run for chairman of the ruling Social Democratic Party and suspended his membership in the political force.

Social Democratic MP Mindaugas Bastys has told BNS he was stepping down from the post of...

After being urged by Parliamentary Speaker Viktoras Pranckietis to step down from the post of Seimas...