BNS
aA
Ramunas Karbauskis, the leader of the Lithuanian Farmers and Greens Union (LFGU), expects to reach a new coalition agreement within a week. 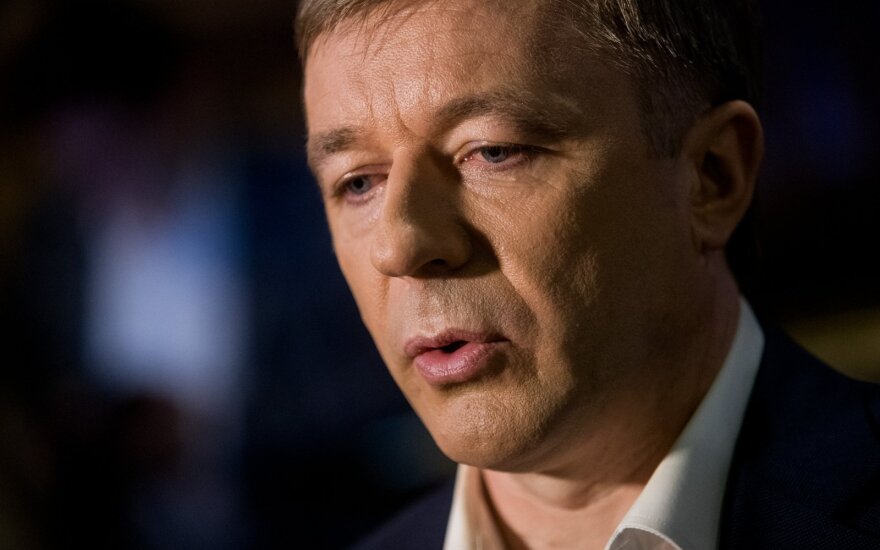 "(The talks) are starting today. Negotiating groups are holding meetings and I expect we'll have some news shortly," he told journalists on Thursday.

"The negotiations have started and I think they will be successful and swift," he said.

Skvernelis said he was personally taking part in the talks. He said it was too early to say which ministers could stay in their posts, noting that their performance would not be the key criterion when making decisions on the next Cabinet make-up.

"If the coalition decides to redistribute the areas of responsibility, it is natural that the new political forces that will possibly join the coalition will propose their candidate to head one or another ministry," he said.

According to the prime minister, "financial populism and totally unacceptable political attitudes, which would collide with the government program" will be a red line that we will not be crossed in the talks.

The Farmers and Greens have also set up a lower-level negotiating group for the talks.

Karbauskis could not say when exactly "the negotiating groups will sit down at the table to discuss the work plan for the government program".

"It is our position that the government's program should not be revised. We may just look through the work plan. I do hope a week will be enough for us," he said.

The LFGU plans to holds talks with the Lithuanian Social Democratic Labor Party (LSDLP) and, possibly, the Order and Justice Party on Thursday, with the Electoral Action of Poles in Lithuania–Christian Families Alliance (EAPL-CFA) expected to join them on Friday, according to Karbauskis.

Following the presidential election, the Farmers and Greens announced they were launching talks on a broader ruling coalition.

The LSDLP and the Order and Justice said on Wednesday that they suspending all existing coalition agreements with the LFGU.