(1)
BNS
Neringa Venckiene, a former Lithuanian judge and parliamentarian recently extradited from the United States, left Kaunas Remand Prison on Tuesday after a court released her on bail. 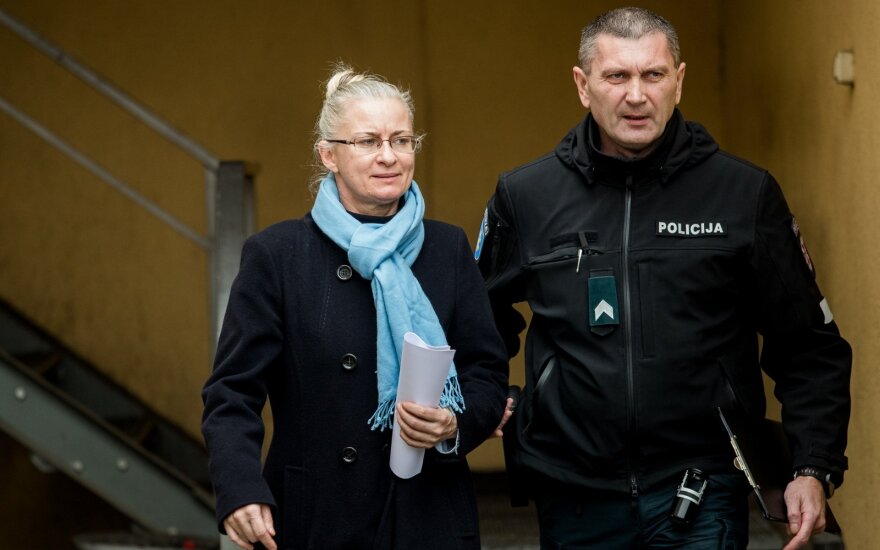 Venckiene, who returned to Lithuania last week after spending almost two years in a US prison, told reporters she was feeling well, but did not answer other questions.

She was met outside the Kaunas prison by her mother and aunt.

Earlier on Tuesday, Vilnius Regional Court satisfied Venckiene's appeal against a lower court's decision to remand her in custody for two months, and granted her request to release her on a 10,000-euro bail.

However, the Vilnius court, whose judgment is not subject to appeal, ruled to place the former judge under intensive supervision.

The former lawmaker was flown back to Lithuania from the US on November 6. She is suspected of refusing to obey a court order, resisting a police officer, hindering a bailiff, and hitting Laimute Stankunaite, the mother of her niece, in the face.

Venckiene left Lithuania in 2013 and was arrested in Chicago in February 2018. She says the accusations are politically motivated.

Neringa Venckiene , a former judge and lawmaker, was brought to Lithuania on Wednesday evening after...

Prosecutors in Lithuania's second-biggest city of Kaunas said on Wednesday they had concluded their...