BNS
aA
Neringa Venckiene, a former judge and lawmaker, was brought to Lithuania on Wednesday evening after her extradition from the United States. 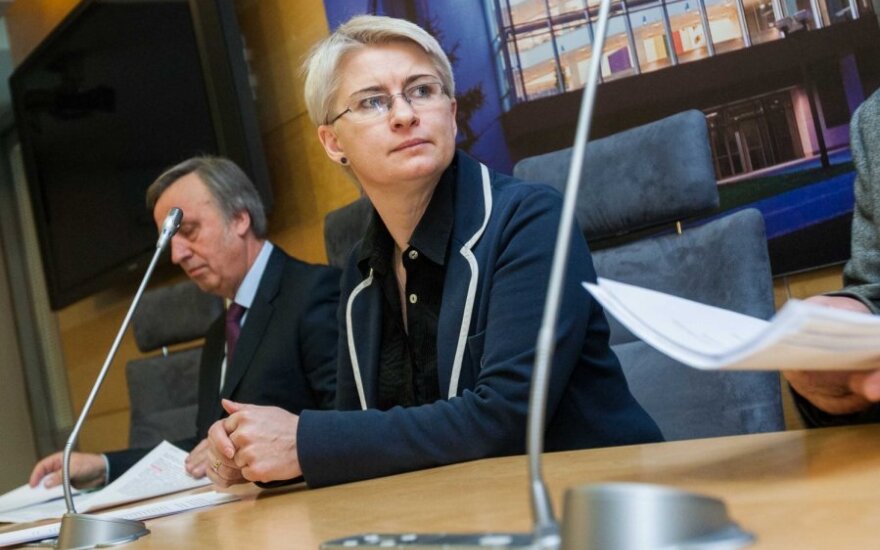 "Yes, we can confirm that the person is in the territory of the Republic of Lithuania," Tomas Krusna of the Prosecutor General's Office told reporters in Vilnius.

The former judge and lawmaker fled Lithuania in 2013 and was arrested in Chicago in February 2018.

Lithuanian prosecutors sought her to be extradited to face charges of refusing to obey a court order to return her niece to her mother, molesting the child, illicitly collecting information, abusing her rights as the girl's guardian and other crimes.

Venckiene said the charges were politically motivated. The former judge and lawmaker fled Lithuania in 2013, the year when the Seimas stripped her of her legal immunity.

Prosecutors are taking on Thursday procedural steps in the case of Neringa Venckiene, a former judge and lawmaker who was brought to Lithuania on Wednesday night after her extradition from the United States.

"Procedural steps will be taken and decisions on a measure of restraint will be made today," Elena Martinoniene, the prosecutor general's spokeswoman, told BNS.

Sonata Zukauskiene, Venckiene's lawyer, told BNS on Thursday that prosecutors were planning to question the suspect.

Prosecutors intend to charge Venckiene with hitting Laimute Stankunaite, the mother of her niece, in the face, hitting a police officer, refusing to obey a court order, and hindering a bailiff.

Charges of molesting a child and illicitly collecting information have been dropped due to differences in the Lithuanian and US legal systems.

Prosecutor Tomas Krusna of the Prosecutor General's Office told reporters on Wednesday that the pre-trial investigation was nearing completion.

Pasilis promises to say later why some charges dropped

Prosecutor General Evaldas Pasilis did not comment on Thursday on how many charges against Venckiene had been dropped due to differences in the Lithuanian and US legal systems and how many of them had been discarded because of prosecutors' errors.

"It was the extraditing state, the US, that decided, and that regulation has to be clear under both countries' laws. Today we have what we have – these four articles (of the Criminal Code)," the prosecutor general said. "And if we see that the factual circumstances and the situation require expanding the list of suspicions (...), this will be done."

"At the moment, I don't see any fault on the part of the prosecutors. If there are any signs that something was not done ... But I can assure you that active contacts with the US were maintained throughout the extradition process. If some clarifications were needed, everything was done," he added.

Driven by car from Warsaw

The suspect was flown from Chicago to Warsaw aboard a plane that landed in the Polish capital at around 3 p.m. Vilnius time and then driven in a police car to Lithuania, police spokesman Ramunas Matonis told BNS.

The car crossed the Lithuanian border at around 8 p.m. and arrived in the Kaunas Remand Prison about two hours later.

Lithuania's Prosecutor General Evaldas Pasilis on Tuesday night confirmed the fact that the...

Neringa Venckiene, a former Lithuanian judge and parliamentarian recently extradited from the United...