EU's Ambassador Ušackas: Sanctions against Russia may be reviewed in light of eastern Ukraine situation

BNS
aA
The European Union (EU) may revise its sanctions on Russia in the light of Moscow's conduct in eastern Ukraine where separatists held elections on Sunday, the EU's Ambassador to Russia Vygaudas Ušackas said in Lithuania on Monday. 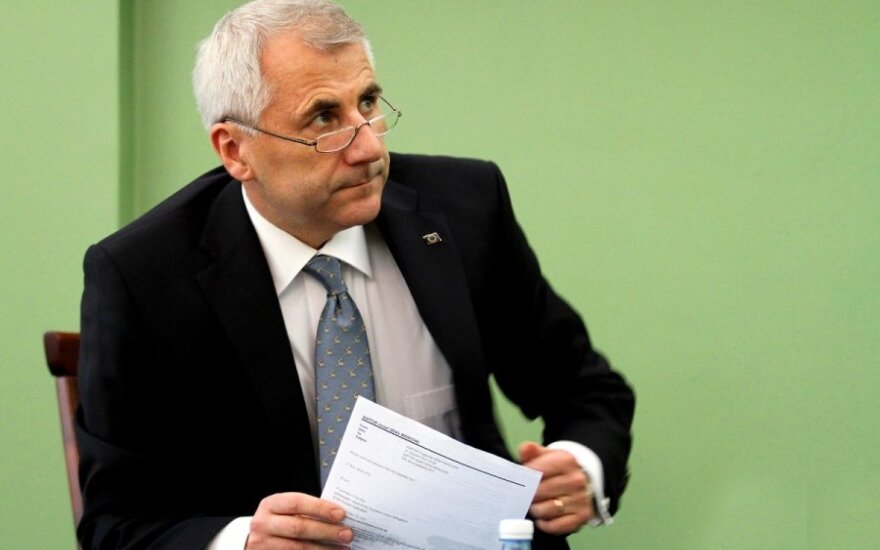 "Yes, our position has always been consistent – depending on the situation in eastern Ukraine and Russia's contribution or non-contribution to the stabilization of the situation, the EU will make decisions on revising the sanctions in one way or another," the Lithuanian diplomat told BNS.

In his words, the Russian stance on the voting held by separatists in eastern Ukraine features "a certain sensitive side".

"Until this moment, they have not directly recognized the election results but their official stance is to respect the will expressed by the people, and the second thing is that Russia will respect Ukraine's territorial integrity. Therefore, there is a certain sensitive side," the ambassador added.

Ušackas noted that there were no reasons for revoking the sanctions, which are not an objective in themselves, therefore, progress made in the implementation of the ceasefire agreement would allow easing the sanctions.

"So far, we do not see any reasons for revoking the sanctions, however, launching sanctions is not a goal in itself and implementation of the agreements of the Minsk protocol and observing specific results of stabilization of the Ukraine situation would provide grounds for the EU to sit down at a table of negotiations and revise the sanctions against Russia. So far, we have not seen any results that would allow recalling the sanctions," he said.

In the diplomat's words, the decision of the Russian-supported separatists to organize the elections that violate the Ukrainian law could serve as yet another obstacle in relations with Russia.

"Our opinion is very clear – we regret that the elections did not take place in line with the Ukrainian law, that they are not consistent with provisions of the protocol of the Minsk memorandum, which says that elections in Luhansk and Donetsk should be held in accordance to the Ukrainian laws. The Ukrainian parliament had adopted the law, therefore, our opinion is negative, we, the European Union, will not recognize the elections valid and this is becoming as yet another hindrance in the efforts to achieve the peace agreement. Therefore, the EU continues supporting and speaking for Ukraine's territorial integrity," Ušackas told BNS after delivering a lecture on EU's operations in Afghanistan and Russia to students of Kaunas University of Technology.

EU ambassador to Moscow: Lithuanian media reports on Russia are too biased

The United States condemned in harsh terms the illegitimate elections held on Sunday by Russia...

All member states and institutions of the European Union are in favour of continuing with the...

Ministry of Foreign Affairs of Lithuanian strongly condemns illegitimate “elections” in some...