BNS
aA
The vision of a whole Europe is only possible with the involvement of the Ukrainian and Russian people, U.S. Special Representative for Ukraine Kurt D. Volker told an international conference in Vilnius on Wednesday. 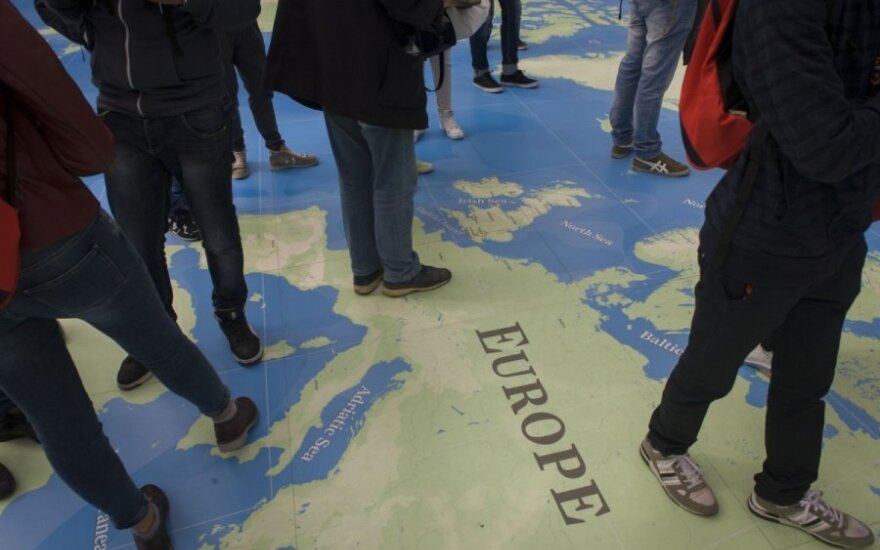 Citing a colleague's thought, he underlined that he had in mind Russia as a people and as a country, not the authoritarian Russian government.

"A Europe whole and free and in fact the transatlantic community will never be fully realized, unless Ukraine and Russia is a part of it. And that doesn't mean a militant and authoritarian Kremlin, that means Russia as a people and a country. They need to be part of this too, or else we'll never be finished, we'll never be safe," Volker told the conference on European and transatlantic unity.

In his words, the West now reminds of a glass that's "much more half-full, than half-empty".

Volker highlighted the United States' decisions on increasing the NATO budget, increasing the number of troops in Europe, the sanctions in response to Crimea's annexation, the arms embargo in eastern Ukraine as well as steps taken regarding negotiations between North and South Korea, as well as the missions in Afghanistan and Syria.

"This has moved the ball a lot in the right direction. There are lots of other things that you can say on the other side of the equation, of course. But let's just figure out what are we trying to do here and let's get on with the business," he said.