(1)
Elta EN
Lithuanian President Dalia Grybauskaitė says that at the European Union's (EU) Eastern Partnership Summit the EU will once again assure its commitment to cooperate with countries of Eastern Europe. However, the extent of cooperation will depend on the resolve of each country. 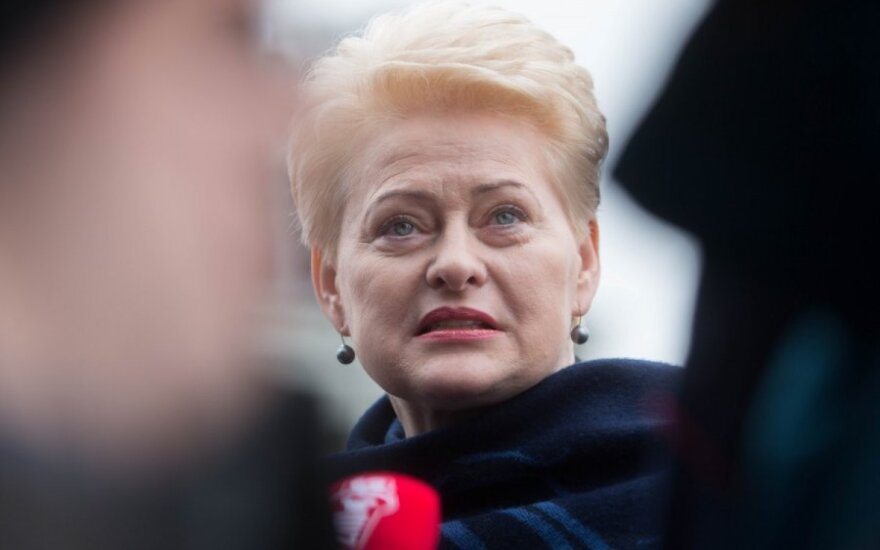 The previous Eastern Partnership Summit was held in Vilnius in November 2013. Then it was decided to sign association and free trade agreements with Moldova and Georgia. The European Commission received a proposal to consider approving visa-free travel for Moldova. Meanwhile Viktor Yanukovych, the then president of Ukraine, refused to sign the association agreement with the EU, which sparked mass demonstrations in Kiev.

According to Grybauskaitė, the period after Vilnius summit was marked with changing security situation in Europe, whereas willingness of the six Eastern Partnership countries to cooperate with the EU differs. Moldova, Ukraine and Georgia have chosen the path of European integration. Armenia and Belarus gave preference to the Eurasian Union, whereas Azerbaijan would like a special status cooperating with the EU. The Lithuanian president says that the EU will not pressure these countries into choosing the European perspective.

"These countries make their own choices. Nobody is forcing them to take any decisions. The countries and their people have to make up their minds themselves. However, our duty is to help these countries develop their economies, enhance democracy, implement reforms, ensure human rights and fight corruption," Grybauskaitė told the national radio.

According to Grybauskaitė, the EU must ensure support for those Eastern Partnership countries that wish to cooperate.

"This programme is an opportunity for these countries to take advantage of the EU's openness, experience and, finally, finances. Therefore I hope that this is a prospect, the future of cooperation, no matter what the pace after Riga is," said Grybauskaitė.

As reported, the summit in Riga takes place on 21-22 May. Participating in the meeting will be Ukrainian President Petro Poroshenko, Moldovan President Nicolae Timofti, Armenian President Serzh Sargsyan, Georgian Prime Minister Irakli Garibashvili. On the eve of the summit Azerbaijan announced that President Ilham Aliyev will be represented by his advisor. Belarus will send its Foreign Minister Vladimir Makei.

Merkel: Eastern Partnership is not instrument for EU enlargement (1)

German Chancellor Angela Merkel has indicated that former Soviet states that are part of the...

Lithuanian President Dalia Grybauskaitė on Thursday and Friday is attending the EU Eastern...