the Lithuania Tribune
aA
Europe must, at least temporarily, close its doors to economic migrants according to Lithuanian President Dalia Grybauskaitė, because it is clear to her that the European Union's states cannot “absorb” and integrate such a large number of arrivals. 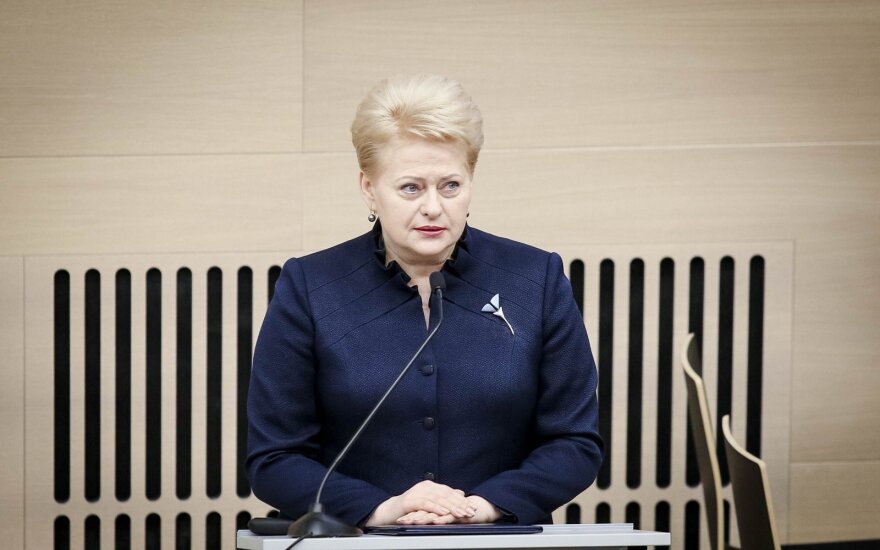 On Thursday, Grybauskaitė will head to the European Council's meeting in Brussels where she, together with other leaders from throughout the EU, will discuss reaching an agreement with Turkey on the return of migrants.

“Europe is totally incapable of admitting and recognising its absorption and integration capabilities. All of the states, without saying it out loud, understand that their integration capabilities have practically been exhausted when it comes to such a large scale and number of migrants. We cannot be afraid to openly name and say this – that Europe must, at least temporarily, be closed, especially to economic migrants. We cannot carry out our international obligations without ensuring a dignified reception for refugees according to the Geneva convention. It is better and cheaper to do so near conflict zones,” Grybauskaitė said in a radio interview.

According to her, the protection of the EU's external borders is the most important solution for controlling the refugee crisis.

“In my opinion, the protection of the EU's external borders is a European decision. We are prepared to help migrants and refugees who need it, we understand our responsibility, (…) but that does not mean that Europe's borders must be totally open to anyone – including, perhaps, unsafe arrivals, terrorists, and anyone who wants to come to Europe,” the president said.

Will the Baltic States become the next migrant gateway? (2)

After the European Union cut off migrant routes via Libya to Italy and agreed with Turkey to stem...

Lithuania's President Dalia Grybauskaitė is leaving for Brussels on Monday for a special European...

As part of the European Union 's attempt to help solve the migrant and refugee crisis , Lithuania...