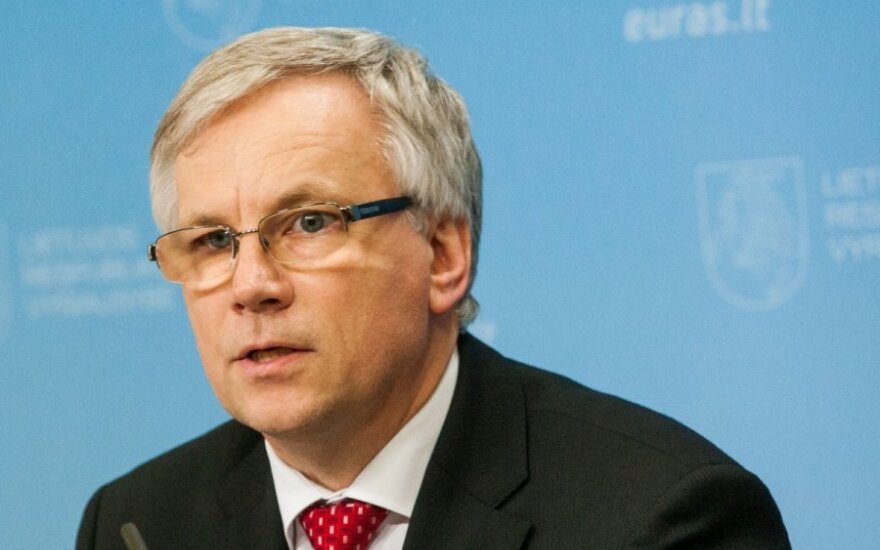 “In fact, the finance ministers are waiting for Lithuania – political support, moral support is huge. I think those positive emotions experienced by the Lithuanian delegation are exactly the same as the emotions of other national delegations. I received many congratulations from my counterparts that Lithuania has been duly assessed and, by the way, assessed objectively, including all advantages and shortcomings, which has led to the conclusion that it complies with stringent economic stability criteria, which are applied to any country that wants to be part of the euro area,” Rimantas Šadžius told BNS by phone from Luxembourg on Friday.

In his turn, the minister promised that Lithuania would be an active and constructive member of the euro area.

The EU finance ministers on Friday gave formal nod to Lithuania’s admission to the euro area in 2015. Šadžius noted that the recommendations for Lithuania emphasized certain areas for improvement.

“As an example, I’d mention the dynamics of our wages and household income, which should match the growth of labour productivity… I think we have a full range of measures available and those measures will be applied in Lithuania so as to ensure smooth expansion and catching-up and to avoid overheating or the development of any imbalances,” Šadžius said.

He added that the ECOFIN had sent a letter to the European Council proposing to approve of Lithuania’s membership in the euro area. Newly elected European Parliament (EP) should vote on this issue in July and the minister expects its decision to be positive.

Final decisions and official legal acts relating to Lithuania’s accession to the euro area should be adopted by the EU Council on Jul. 23.

Lithuania wants to join the euro area next year.

One of the biggest challenges for retailers ahead of the euro transition will be ensuring that they...