EU will not buy Mistral warships meant for Russia

Elta EN
aA
In a reply to a letter sent by European Parliament members, European Council President Herman Van Rompuy and French President Francois Hollande have stated that the Mistral warships meant for Russia cannot be purchased by the EU. 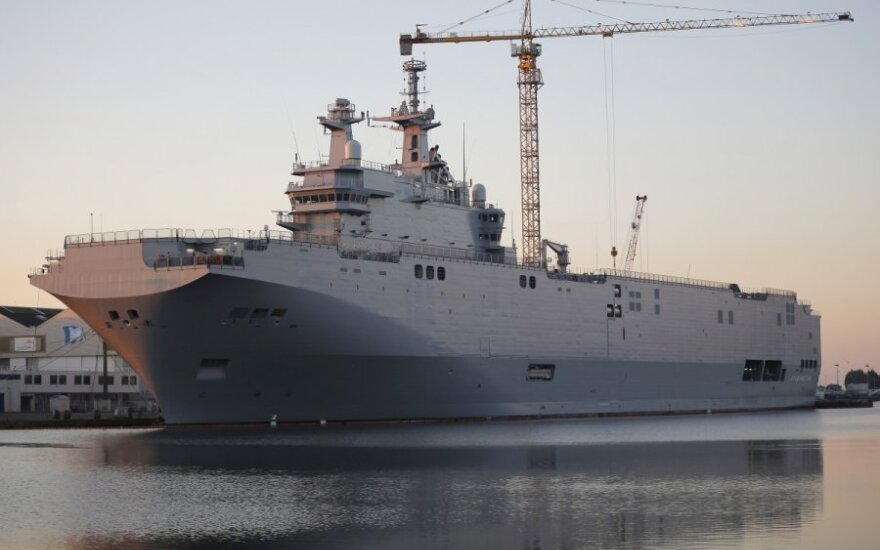 MEP Sandra Kalniete (Unity/European People's Party), who was one of the letter's initiators, points out that it seems that the hollow reply letter was written just for courtesy, and that it included the typical excuses which have been heard before - that the ships cannot be purchased for the EU's defence or coast guard needs, as the current EU laws and regulations do not allow this.

"Russia has seriously violated international order and its commitments by annexing the Crimea and attacking Ukraine. The EU must immediately think of ways to strengthen its common defence with actual capabilities, as well as be prepared to new types of hybrid warfare. Thus, the purchase of the Mistral ships to strengthen the continent's defence is the right decision," Kalniete believes.

As reported, a letter signed in September by numerous members of the European Parliament's Foreign Affairs Committee and the Security and Defence Subcommittee, calls upon Herman Van Rompuy, President of the European Council, and French President Francois Hollande to find a constructive and positive European solution to the problem of the Mistral helicopter carriers ordered by Russia and being built in France.

Estonian MEP Tunne Kelam, an initiator of the letter, said that the planned delivery to Russia of the Mistrals by the French firm DCNS would mean crossing a red line for European values and solidarity.

"Completing delivery of the Mistrals as Russian aggression and intervention with troops and military action against Ukraine openly continues, while the EU is not supplying Ukraine with weapons, would constitute the moral and political shredding of the EU's common defence and security policy," stated Kelam.

The signatories welcome the French government's decision to postpone delivery of the first helicopter carrier. At the same time, they warned that postponement is not the optimal solution because there is no indication that the Kremlin's expansionist policy will change in the foreseeable future.

To ease the financial and political impact for the French government, MEPs have proposed a positive alternative based on solidarity. The 28-member EU should itself purchase the Mistral vessels, sharing the costs equitably and using the carriers as a nucleus for the future EU Maritime Rapid Reaction Force.

The significant need to strengthen the EU's security and defence has become particularly clear in light of the Ukrainian crisis, according to Kelam.

MEPs also made reference to the former chairman of NATO's Military Committee, retired General Klaus Naumann, who explicitly supports the initiative in question.

37 Members of the European Parliament's Foreign Affairs Committee, including Latvian MEP Sandra Kalniete, and the Security and Defence Subcommittee, representing four groups and 14 Member States, have endorsed the letter to the two presidents.

French Mistral warships are too expensive for any NATO state to buy, says NATO representative

The French Mistral warships that were originally built for Russia , but the deal was suspended...

The proposal for the European Union to purchase Mistral ships from France is welcomed in...

EU entertains idea to buy out Mistral warships from France (1)

Europe's right wing will suggest member-states of the European Union (EU) to buy out the Mistral...

Lithuania's Minister of Foreign Affairs Linas Linkevičius has commended the decision made by the...

France has announced it stops the delivery of first of two Mistral assault navy ships to Russia,...