BNS
aA
EU ambassadors were united on Wednesday when they agreed to extend the existing economic sanctions against Russia until the end of January, 2016, Lithuania's Permanent Representative to the EU Raimundas Karoblis says. 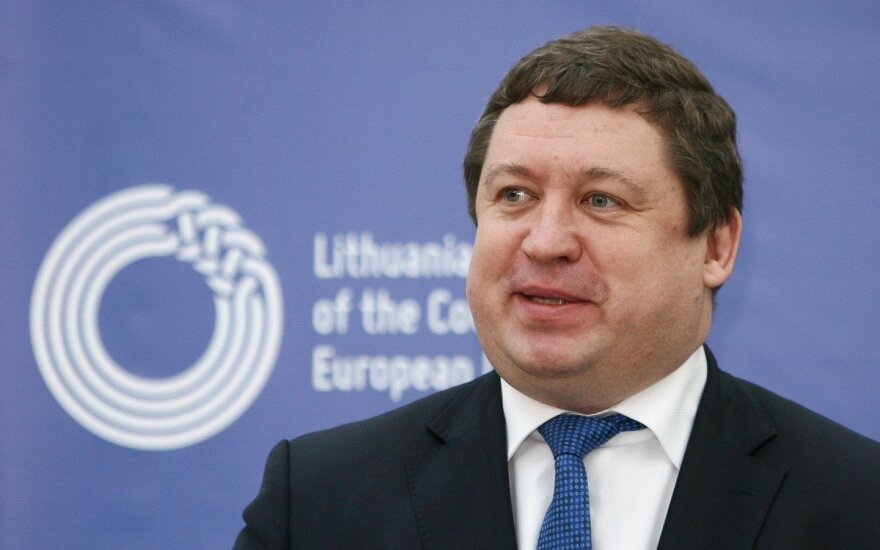 "Today's decision was made unanimously without any objections from a single country. It shows that we can make decisions together on this sensitive issue as well when there's universal realization in the European Union that the existing situation in eastern Ukraine is very serious and, of course, the security situation in the region as a whole is complicated, given the signals from Russia," Karoblis told BNS.

The ambassadors' decision should be endorsed by EU foreign ministers, meeting in Luxembourg on Monday, without any discussions, he added.

"We hope the decision will be approved by the Foreign Council without discussions. The text has been endorsed, we have the principled decision and hope there will be no surprises," the diplomat said.

Sanctions for Russia's energy, defense and financial sectors were imposed last July for one year in response to Moscow's annexation of the Ukrainian region of Crimea and its support to pro-Russian separatists in eastern Ukraine.

"In this case we have sectoral sanctions and these are the most painful sanctions for the Russian economy. These are sanctions against specific Russian Federation banks, there are restrictions for them to get loans abroad, and that has strongly affected the Russian banking system over the last year. The second part is related to military and dual use goods, their exports to Russia. And third, the EU's exports restrictions for energy technologies," Karoblis said.

In his words, the existing sanctions against specific persons will expire on Sep. 15 and the EU is now considering their expansion.