EU to work out plan by June against Russian "disinformation campaigns"

BNS
aA
The European Union's (EU) institutions intend to work out a strategic communication plan by June to “challenge Russia's ongoing disinformation campaigns”, heads of EU states and governments have agreed in Brussels. 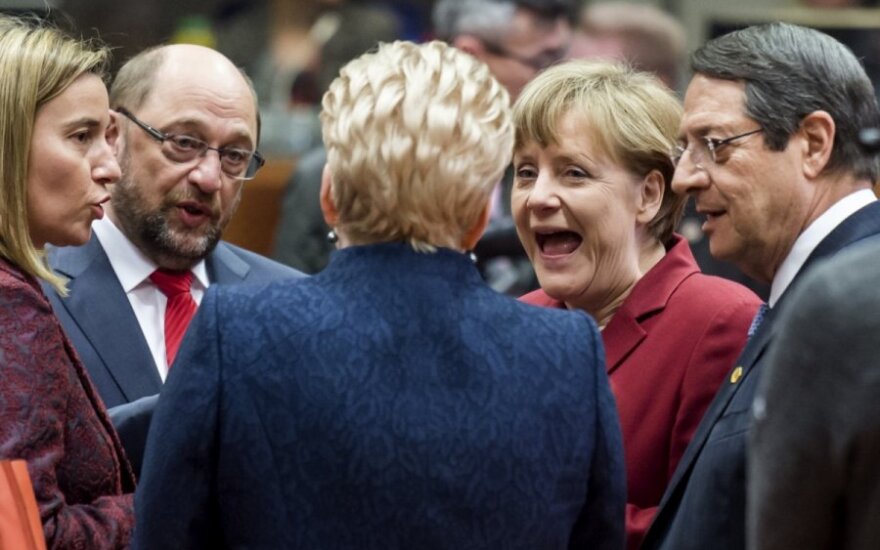 "The European Council stressed the need to challenge Russia's ongoing disinformation campaigns and invited the High Representative, in cooperation with member-states and EU institutions, to prepare by June an action plan on strategic communication. The establishment of a communication team is a first step in this regard," read the conclusions approved by the EU leaders.

According to the document, "establishment of a communication team is a first step in this regard.”

In June, efforts to counter Russian "disinformation and propaganda" campaign were proposed by foreign ministers of Lithuania, Great Britain, Denmark and Estonia.

In a letter to EU foreign policy chief Federica Mogherini, the ministers called for "credible and competitive information alternatives to Russian-speaking populations and those using Russia's state-controlled media."

The letter suggested setting up a platform that would provide information about the propaganda lies and manipulations, support initiatives to create Russian-language television channels, Internet portals, radios and press, encourage exchange of production within the EU and propose the production to the existing Russian media.

At the EU summit, Lithuania's President Dalia Grybauskaitė said that "Russia has launched a fierce information war to spread misinformation, to turn Europeans against each other and to undermine the unity of member-states."