aA
EU countries are planning to tell Russia it has no say on changing the Ukraine trade treaty despite its demands to rewrite the text, EUobserver reports. 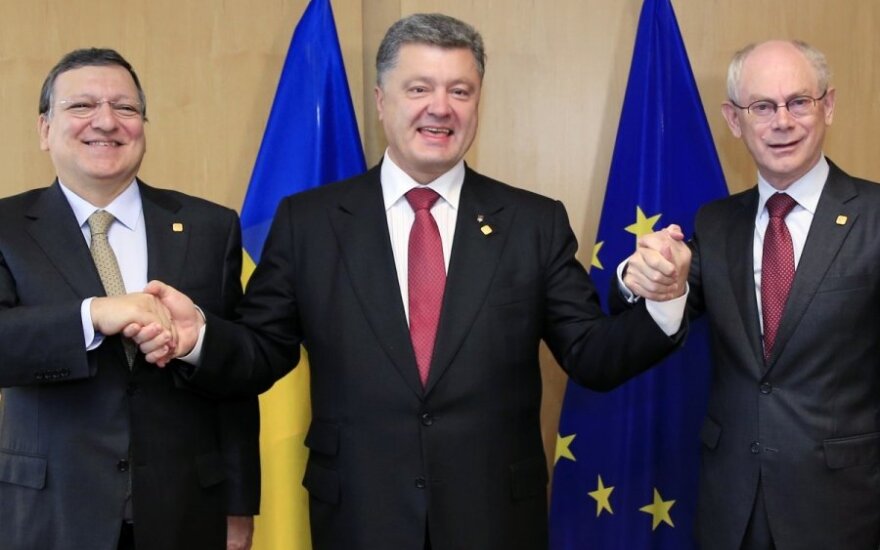 The joint declaration, by the EU Council and European Commission, is to say the trade pact “is a bilateral [EU-Ukraine] agreement and any adaptations to it can only be made at the request of one of the parties and with the agreement of the other”.

It notes Ukraine should “continue the process of envisaged reforms and economic modernisation” related to Titles III, V, VI, and VII of the pact.

It also says Ukraine should go ahead with “adequate preparation for the implementation of Title IV”.

Titles III, V, VI, and VII spell out reforms in the areas of justice and security, economic affairs, financial and anti-fraud matters, and institution-building.

Title IV deals with trade and the mutual lifting of tariffs on EU and Ukrainian exports.

The EU declaration is to be published in Brussels on Monday (29 September) by ministers at a general affairs council.

Ambassadors of European Union (EU) member-states on Thursday finalized positions on postponement of...

The European Union 's decision to give Ukraine more time to fully implement a trade pact to assuage...