BNS
aA
Eight EU member states, having an external EU land border, have backed Lithuania's initiative to seek more funding for border protection and the creation of a border surveillance standard during their meeting in Vilnius. 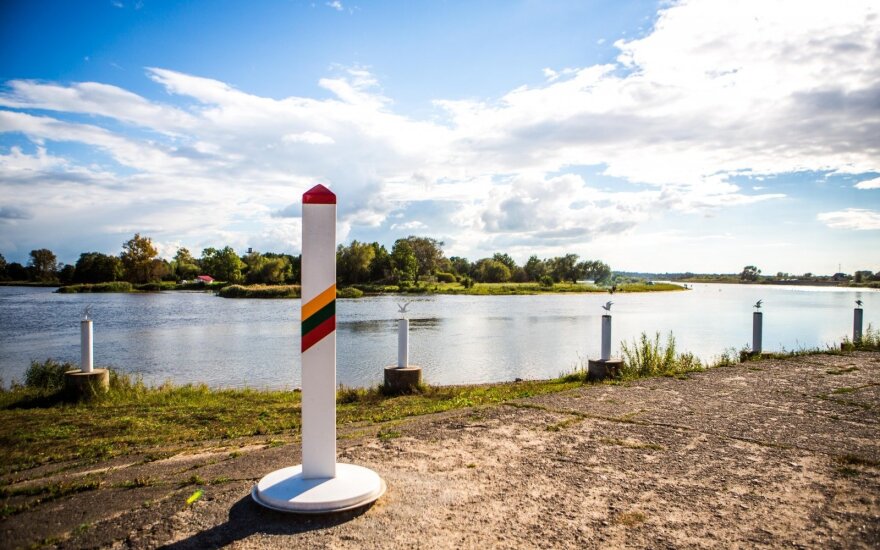 "We agreed to turn to the European Commission with one voice over the creation of common EU border surveillance standards, inform about arising risks linked to the implementation of the EU departure-arrival system, as we'll also seek better conditions for land border protection during negotiations on the EU border protection funding," Lithuania's Minister of the Interior Eimutis Misiūnas said in a statement.

Most importantly, agreement was reached on Lithuania's proposal to set minimal border protection requirements, the minister said. The European Border and Coast Guard Agency (Frontex) will be in charged of the border surveillance standards.

The Frontex director also expressed support in Vilnius for the plan to create common border protection standards, the Lithuanian ministry said in the statement.

The forum of nine countries having an external EU border was founded in 2013. Lithuania guards 1,070 km of the EU external border with Belarus and the Kaliningrad region.

Lithuania has officially admitted that its border guards had violated the Belarusian border ,...

Nearly 1,000 trucks lined up at the border to enter Lithuania from Belarus on Monday morning due...

Lithuania plans to purchase new equipment to improve the protection of the state border , according...

Eugenijus Liubenka has been appointed as a special state border protection attaché of the Republic of...

Latvian citizen detained in Lithuania for transporting illegals from Vietnam

Lithuanian border guards detained four illegal immigrants from Vietnam and a Latvian citizen who was...