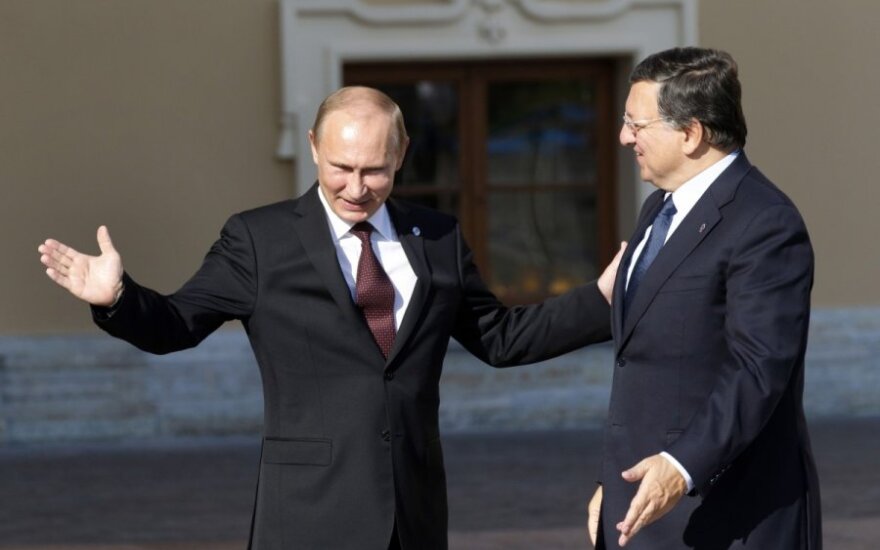 The German newspaper Suddeutsche Zeitung reported that Ukrainian President Petro Poroshenko told European Commission President Jose Manuel Barroso during a meeting last Friday that Putin had made the threat in a recent conversation.

"If I wanted, Russian troops could not only be in Kiev in two days, but in Riga, Vilnius, Tallinn, Warsaw or Bucharest, too," the paper quoted Putin as saying, citing an account of the Barroso-Poroshenko meeting given by the EU diplomatic service.

EU Commission spokeswoman Pia Ahrenkilde Hansen told journalists when asked about the report: "We will not conduct diplomacy in the media or discuss extracts of what are confidential conversations."

"What matters to the EU is to contribute to lasting peace, prosperity and stability in Ukraine," she added.

The five cities named in the report were all once capitals of Soviet-bloc countries that have since joined the European Union and the Western collective security alliance NATO, the AFP points out.

Poland and the Baltic states of Estonia, Lithuania and Latvia, which have Russian-speaking minorities, are worried about an increasingly assertive Moscow in the wake of its alleged military incursion to support pro-Russian separatists in eastern Ukraine, which is not an EU member.

Putin has reportedly made similar threats in the last month.

Italy's La Repubblica newspaper said Barroso had told EU leaders at a summit in August that Putin said to him in a telephone conversation: "If I wanted I could take Kiev in two weeks."

The Kremlin said the alleged remarks in August had been taken out of context, while the EU declined to comment.

Russia and Ukraine signed a peace plan on 5 September that called for a ceasefire - which has largely held despite violations - and steps to end the five-month conflict in eastern Ukraine.

Vladimir Putin: Russian troops could be in Vilnius or Warsaw in two days (3)

As Russia is engaging in aggression against Ukraine, the Baltic states shiver for their own...

Member of the Lithuanian parliament Kęstutis Masiulis has proposed the Government to accept Ukrainian...