Reuters
aA
European Union foreign ministers threatened Russia with harsher sanctions over Ukraine on Tuesday, with some saying diplomacy was no longer enough to force Moscow to de-escalate the crisis after the downing of a Malaysia Airlines flight last week. 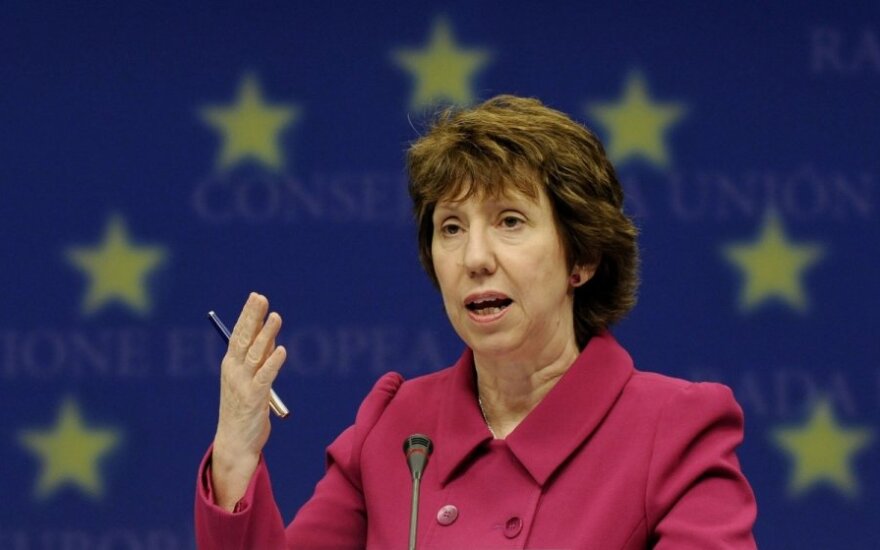 But finding the necessary consensus among all ministers has been difficult so far, with many European governments concerned about antagonising Moscow, their crucial energy supplier.

EU Foreign Policy Chief Catherine Ashton, who chairs the meeting in Brussels, said the needs of the Netherlands, which lost 193 nationals after MH17 went down when flying over eastern Ukraine, should be the priority during the discussions.

"The politics of today will be first of all ensuring that we are working absolutely in step with particularly the Netherlands to make sure that everything we do fits into their needs to be able to sort out the problems on the ground immediately," Ashton told reporters as she arrived for the meeting.

Dutch Foreign Minister Frans Timmermans said that the Netherlands, which has until now been hesitant about imposing tough measures on Russia, was not opposed to further sanctions.

"I have never spoken about a blockade of further sanctions, that has been made up by people who were not involved. The Netherlands is not blocking further sanctions. The Netherlands wants the EU to take a united and strong stance against the unrest in eastern Ukraine and against the fact that Russia is not doing enough to distance itself from the separatists," he said.

Foreign Minister Frank-Walter Steinmeier said Germany was open to talking with Russia, but signalled Berlin was increasingly frustrated and open to economic pressure.

"I say we remain open to defusing the situation with all political and diplomatic means but it will be necessary to accompany this willingness with higher pressure, which also means sharper measures," he said.

Several other ministers arriving at the meeting called for an arms embargo on Russia to try to stem the flow of weapons that is fuelling the conflict, including the surface-to-air missiles suspected of bringing down the airliner.

An arms embargo was "one of the things we have to look at," he said.

Lithuanian Foreign Minister Linas Linkevičius said it was "time to name names" and to put Ukraine's breakaway republics of Luhansk and Donetsk on the EU's list of terrorist organisations.

The ministers are also set to discuss the crisis in Gaza and will repeat their call for an immediate cease-fire.

"The situation is very, very difficult. Nothing can justify the pursuit, the attack and the massacres that have resulted in a lot of victims and only serve to exacerbate the tension and hatred between the populations that sometimes live side by side. France's position therefore is to act with a lot of force to demand an immediate cease-fire. And this position will be maintained," French Foreign Minister Laurent Fabius said.

EU officials said the ministers were likely at most to add more names and entities to a list subject to asset freezes and visa bans, since any decision to move to so-called "phase three" economic sanctions would require a summit of EU leaders.

The next summit is not due until 30 August, although heads of state and government could be convened earlier if there is agreement.

A decision on whether to deliver a second Mistral helicopter carrier to Russia will depend on...

Lithuanian Minister of Foreign Affairs Linas Linkevičius, who arrived for a meeting of EU foreign...