DELFI EN
The European Union could review sanctions it has imposed on Russia on 30 September, according to an EU source who spoke to the Russian daily Kommersant. The issue might be taken up by permanent representatives of the EU member states in Brussels later this month. 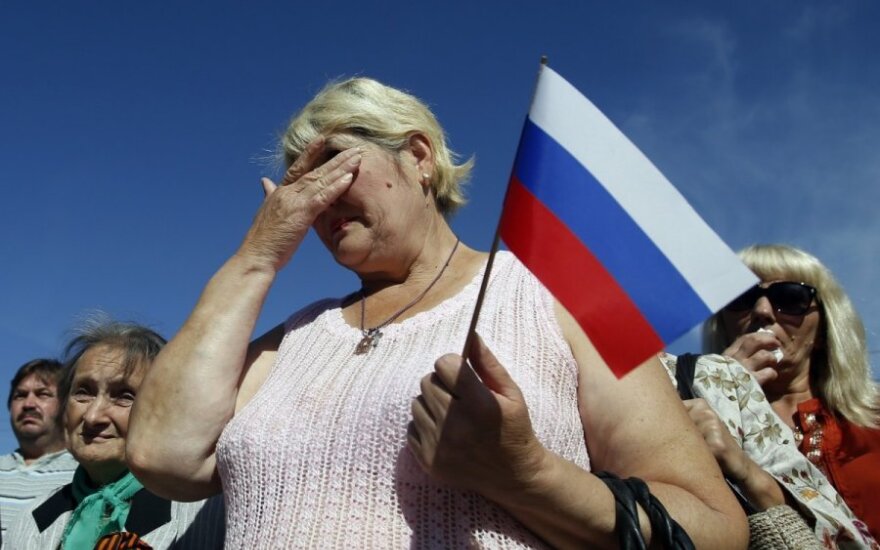 Maja Kocijancic, spokeswoman to EU external policy chief Catherine Ashton, did not confirm the information, but said that, by 30 September, the European External Action Service is due to present a report to permanent representatives on the ceasefire in Ukraine, according to newsru.com.

After studying the report, the permanent representatives will have to make a decision on the sanctions. Possible options include gradual lifting of sanctions imposed by Brussels on Russian companies and individuals.

According to the source who spoke to Kommersant, the lifting of sanctions would be carried out in the same order as they were imposed. However, restrictions that were passed in response to Russia's annexation of Crimea will remain in force.

Since March, the EU has approved nine sanction packages aimed at dissuading Russia against instigating unrest in Ukraine. Restrictive measures now apply to 119 individuals and 23 corporate entities. Sanctions have been also imposed on Russia's energy, finance and defence sectors. Each of the nine packages included measures linked to the Crimea issue.

In the last essay of the “ Putin’s Russia ” series we have reviewed the assumptions that suggest...

This week the European Union imposed further sanctions on Russia . This decision followed months of...

After a week's delay, the European Union has declared a new set of sanctions on Russia .

The high-level visit of Ukrainian President Petro Poroshenko to Washington on 18 September attracted...