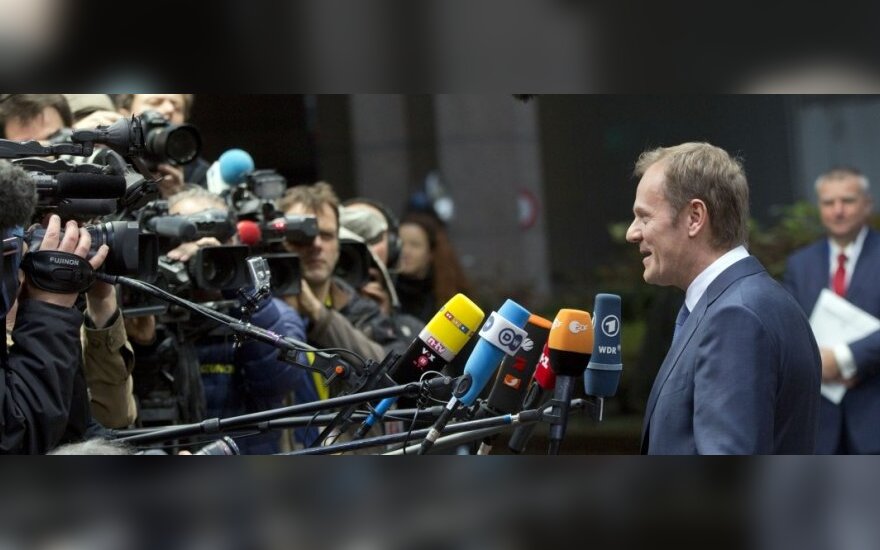 Lithuanian President Dalia Grybauskaitė and leaders of other EU member states discussed topical foreign policy issues and the political, economic and financial situation in Ukraine during their summit in Brussels.

In Grybauskaitė's opinion, the EU must maintain a united and consistent position toward the aggressor.

"Any easing of sanctions or dialogue with Russia is possible only after the Minsk peace agreements have been implemented and Ukraine's territorial integrity has been restored," her press office said in a press release.

Grybauskaitė said that the Ukrainian government has an important task not only to restore peace and stability, but also to carry out reforms necessary for the welfare of the state and its people, underlining that the success of these reforms depends on the country's ability to eradicate corruption.

The EU leaders reiterated their commitment to support reforms in Ukraine.

The European Commission this month provided 500 million euros in support to Ukraine.

Lithuania has extended more than 2 million litas (EUR 580,000) worth of aid to the country this year.

The plunge of the rouble indicates that the Western sanctions on Russia are starting to work,...

Lithuanian foreign minister disagrees with US and EU praise for Moscow