EU entertains idea to buy out Mistral warships from France

(1)
BNS
Europe's right wing will suggest member-states of the European Union (EU) to buy out the Mistral warships under construction in France commissioned by Russia, Lithuanian MEP Gabrielius Landsbergis said on Tuesday. 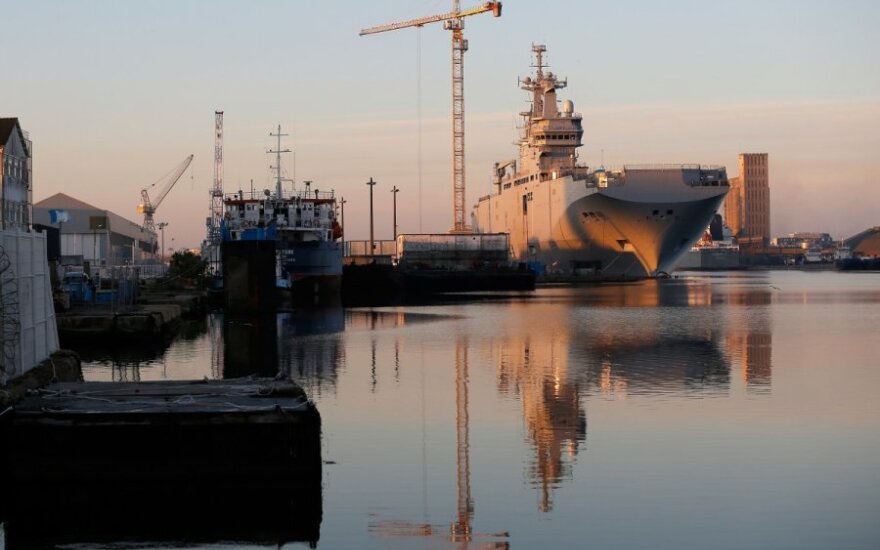 The suggestion is envisaged in a draft resolution which was prepared by the right-wing European People's Party and which will be put to a vote on Thursday.

Landsbergis told BNS on Tuesday that it was him who initiated the inclusion of the proposal on Mistral into the resolution.

"The text of the resolution has been finalized in the political group, with a green light to the compensation mechanism," Landsbergis said in a telephone interview from Strasbourg.

Under the draft, "should the need arise to cancel the contract, member-states [are encouraged] to consider compensatory measures and modalities of engaging the Mistral ships in EU related missions instead, in order to alleviate the financial losses for France of more than 1.2 billion euros".

The European Parliament's resolutions are advisory only, so all decisions will still have to be made by the French government.

In Landsbergis' words, there have been discussions that the warships could be sent to the EU's external border management agency Frontex mission in the Mediterranean Sea.

"Should we buy out the Mistrals, they would be used for EU needs, a version that may be discussed is to use them for border protection in the Mediterranean Sea, which is relevant for Greece, Spain, Italy and other southern countries," Landsbergis said.

Lithuania and other Eastern European nations have criticized France's plans to hand over two Mistral warships to Russia, saying the move could jeopardize their national security.

French President Francois Hollande has pledged to announce the decision later this fall. In his words, further steps will depend on the situation in Ukraine. The West has accused Moscow of supporting pro-Russian separatists in eastern Ukraine.