EU Commissioner Fule: No basis to speak about pause in EU enlargement 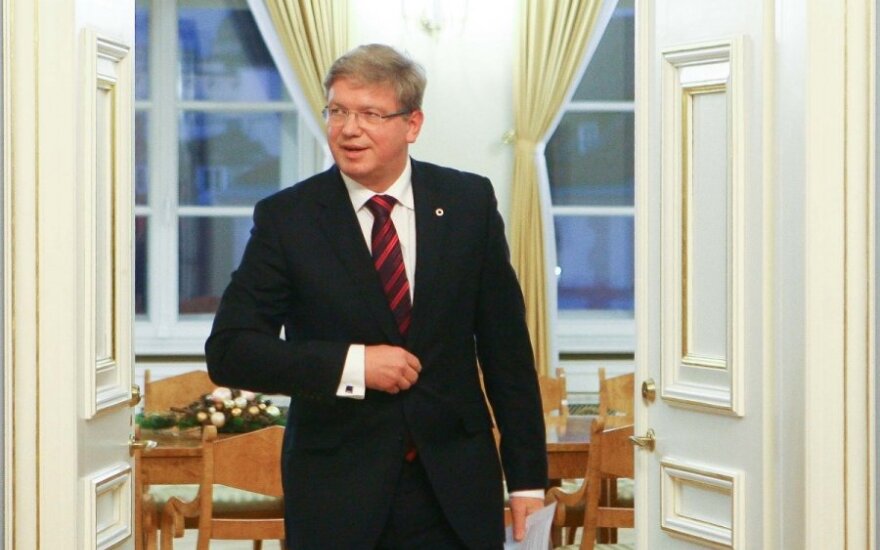 "The new president of the Commission saying there could be hardly any new member during this five-year term of the Commission is probably close to the reality. At the same time, I hope that his words will not be interpreted as a pause in the process," the Czech politician told journalists in Vilnius.

Asked by BNS whether Ukraine could hope to join the EU in the future, the commissioner said the EU must seriously evaluate partners' European ambitions, and enlargement is the best instrument to promote reforms.

"If we want to help that part of Europe to be modernized, transformed, then we better use the most powerful transformative instrument the European Union has, and it is enlargement. I hope very much that through the reforms in Ukraine and continued commitment to that ambition of European perspective, member states will be able to arrive to that moment," Fule said.

At the join press conference, Lithuanian Minister of Foreign Affairs Linas Linkevičius called for not "overestimating any statement that might draw any line".

In his words, EU countries must assist neighbours trat are under economic and military pressure.

Ex-Luxembourgian Prime Minister and now new European Commission President Jean-Claude Juncker said during his introduction in the European Parliament several days ago that a pause is needed in the EU enlargement process.

The European Union (EU) leaders have not been able to agree on top political appointments during the...

The new tougher sanctions over the ongoing crisis in Ukraine , agreed by the European Council late...

On 15 July, NATO member states decided that the Lithuanian Embassy in Ukraine will carry out the...