(1)
BNS
aA
Lithuania-delegated EU Commissioner Vytenis Andriukaitis says, in comment on Brussels' proposal for European countries to share the refugee burden, that Lithuanians should remember their own emigrants who left for the West at the end of World War Two. 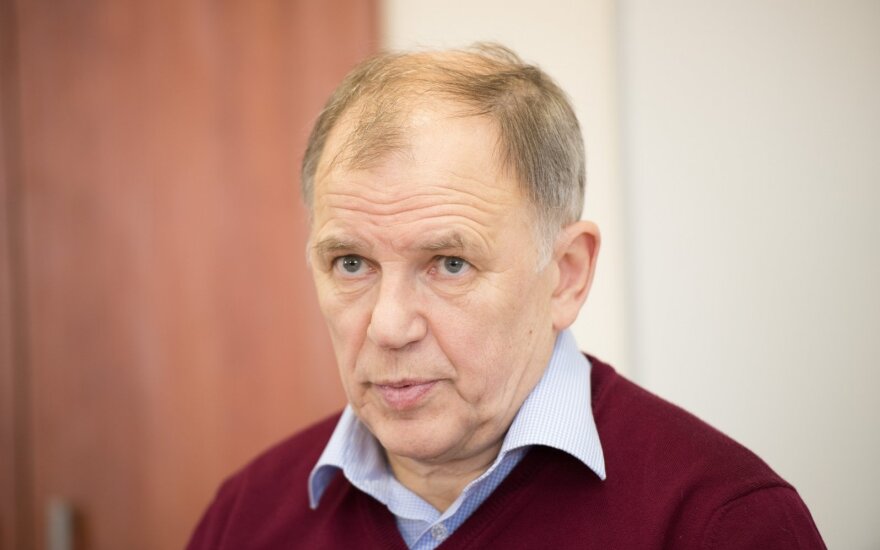 In an interview with BNS, the commissioner rejected critics' statements that with the European Commission's proposed plan, the West want to put the burden on the shoulders of poorer Eastern European countries and that the quota system would step up the inflow of immigrants.

According to Andriukaitis, assistance to refuges is being provided in order to save the lives of people fleeing very bad conditions.

"The EU treaties and the fundamental principle of solidarity are mandatory to all 28 EU countries. We have to realize what club we joined," he said.

"Let's imagine that we are now speaking just after WWII when a lot of Lithuanian families are in refugee camps and then they get a small amount of money to go to the United States and settle there. Is it generosity?" Andriukaitis asked.

As World War Two was coming to an end, thousands of Lithuanian residents left for the West, fearing the return of the Red Army and more deportations. After the Cold War between the United States and the Soviet Union started, the Americans changed their attitude to refugees and in 1948 the US Congress adopted the Displaced Persons Act that created conditions for all Lithuanian deportees and refugees who wanted to come to the US to do so over the next three or four years. Around 30,000 people arrived in the US, others went to the UK, Canada or Australia.

The issue of refugees to be received by Lithuania should be discussed by the Political Council of...

The European Commission (EC) has proposed that Lithuania should accept 780 refugees , in addition to...

Opinion: Welcome to a world without simple answers (4)

Globalisation that has showed up at Lithuania's doorstep over these last few days and weeks has caught...