BNS
aA
The confrontation between the Western world and Russia may lead to "bigger and deeper military dispute," the European Union's (EU) Ambassador in Moscow Vygaudas Ušackas of Lithuania has said. 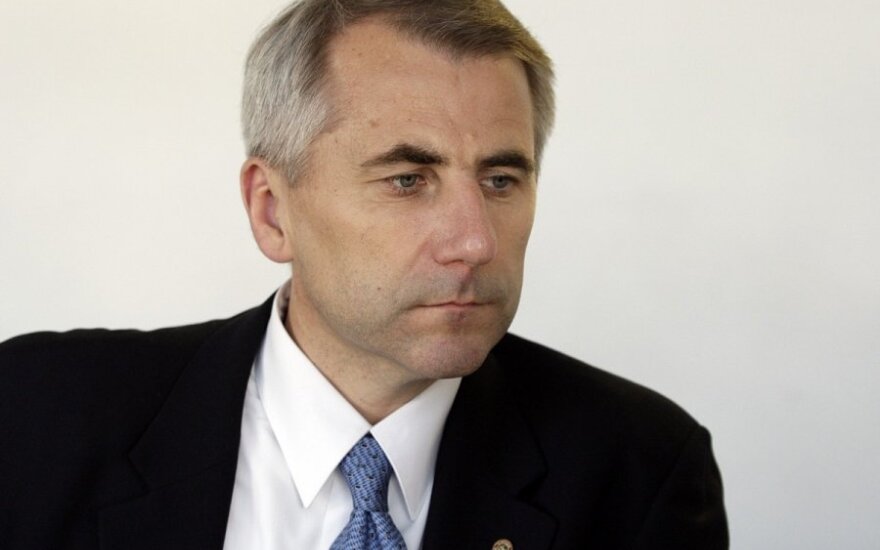 "The confrontation is very serious, it may lead to bigger and deeper military dispute," the Lithuanian diplomat said in an interview published in the weekly magazine Veidas on Friday.

The interview was published amid the efforts of German and French leaders to propose a new plan on ceasing military action in eastern Ukraine where governmental forces are fighting against Russia-supported separatists. The peace plan should be discussed in Moscow later on Friday.

In Ušackas' words, the expectations for Moscow to adopt Western values has for years caused the West to see Russia "they way they wanted to see it rather than what it indeed was". However, the Western powers "are now leaving the phase of hypocrisy".

"When you speak with prominent Russian politicians and reviewers, you realize that we were living in a certain period of hypocrisy. The official political doctrine of Western Europe and the US was like this – we work with Russia and expect it to adopt the Western liberal, democratic and free market values to respect human rights and freedoms, feature a competitive and open political system with equal opportunities for the opposition, with free press and free market competition. However, we were more convinced in this than Russians wanted or believed in this," Ušackas said.

"For some time, Brussels and Washington saw Russia in a way they way they wanted to see it rather than what it indeed was. We are going through a shock, which first of all requires settlement of the actual crisis so that the crisis, conflict and war does not spread, therefore, we must now search for solutions to curb the crisis and stabilize the situation. On the other hand, we are searching for ways of developing our relations with Russia, which is our neighbour and will remain one, the EU is linked with it in energy and trade areas – the EU is Russia's biggest trade partner, and Russia will this year become the EU's fourth – not third – after the US, China and Switzerland. And finally, the neighbouring market of over 142 million residents will always be attractive for Europeans. The role of Russia as a transit country in the trade 'silk path' between China and the EU will continue growing," he added.

"We cannot forget the fact that Russia is a member of the United Nations Security Council with a veto right on key issues of global policies. Therefore, even during a crisis, the EU and the US maintain certain relations with Russia on issues that are conventional and inevitable. Was the attempt to change Russia was the EU's naivety or not? We are now leaving the phase of hypocrisy, which was indeed a shock to many from Lisbon to Helsinki. Obviously, our relations will never go back to what they used to be," the magazine cited Ušackas as saying.

Asked about the "basketball diplomacy," which drew controversial reactions in Lithuania when the ambassador played basketball with the head of the Russian presidential administration Sergey Ivanov immediately after the Mariupol attack, Ušackas said it was his job to "bring positions closer" in both official and unofficial meetings.

US Secretary of State John Kerry , who is visiting Kiev on Thursday, has said that Russian aggression...

With tensions flaring up again in eastern Ukraine after Russian-supported separatists attacked...